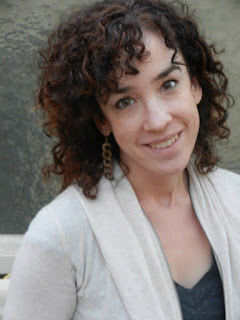 As part of the blog tour for her novel Drummer Girl, Bridget Tyler has stopped by to answer a few question...

Where did you get the idea for Drummer Girl?

Most of my other work has been in fantasy or science fiction worlds – with Drummer Girl I really wanted to tell the story of a real girl in the real world. I love music and I have years of experience in the entertainment business so it was a natural place for me to look for a challenging, dramatic plot to pit my heroine, Lucy, against. What I discovered was that learning that you have what it takes to be a rock star isn’t all that different than learning you have what it takes to be a fairy princess or a vampire hunter. It’s all about recognizing your special talents and having the courage to use them. Really, that’s the same challenge that faces all of us as we grow up. Do you have the guts to be the very best you? It’s not easy, whether the very best you is a doctor or a teacher or a rock star or a super hero.

I really loved Lucy, Iza, Toni, Robyn and Harper and I enjoyed getting the story from all points of view. Did you have a favourite to write for?

It surprised me, but my favourite POV to write was actually Iza. She’s a lot like I was when I was a teen – too shy for her own good. It was a bit of wish fulfilment for me to give her a crew of awesome (if sometime irresponsible) friends to pull her out of her shell. She also has a really romantic subplot and I’m a sucker for that stuff!

I would so love to read more about these characters! Any chance there will be a sequel?

I’d love to write one! I really fell in love with the Crush girls, so I’d be thrilled to get the chance to tell the rest of their story. Thankfully I think Templar feel the same way, so if the book does well a sequel is very possible.

I loved the setting and music obviously plays a large part in this story. Is music something that is important to you?

Yes! My mother is a piano teacher and an English teacher, so I was surrounded by music and books growing up. For me the two go hand in hand – I can’t write without music.

Did you have a playlist for the book?

Of course! It’s a mishmash of movie soundtracks, 90’s pop and current stuff that’s upbeat and energetic like Kate Nash, The Killers, Imagine Dragons, Miike Snow… the list goes on and on!

I can totally see Drummer Girl as a film or TV series! Who would be your ideal cast?

Well Nicholas Hoult for Trent, no question. He’s exactly the sort of sweet but totally rock and roll type that could play the roll well. Plus he’s super funny. And Nina Dobrev from Vampire Diaries would make a great Harper, though obviously she’d have to go blonde! Vanessa Manaro from Switched at Birth and the Gilmore Girls has always been who I pictured for Lucy (assuming she can do the proper accent, of course)… other than that I’d have to see who fit best with the roles. I really like casting unknown actors, actually. It gives new talent a chance and lets you find the person who best fits the role as written.

It’s been both lovely and terrifying – I was very lucky to find a publisher that was super enthusiastic about the book and really understood what it was. Templar have been amazing in guiding me through the process as a first time author. It’s still rather hair-raising (in the best sort of way) to think that words I put together, sitting at home on my laptop, will be in bookstores!

I really love the moment when a character comes to life. There’s a very particular point in the process for me when things are suddenly more than the sum of their parts and it feels like my characters are real people with thoughts and feelings of their own that become the story – from then on it’s almost like getting to know new friends, rather than constructing imaginary people, and that’s a pretty amazing feeling. The most challenging aspect is the final stages of a project when you have to go over the text over and over and over again and makes sure all the loose ends are tied up (and all the typos are caught). It can be overwhelming, but seeing the final product is totally worth it!

What’s next for you? Are you working on something at the moment?

I’m finishing up my run as a writer on the 7th season of Burn Notice at the moment, and next up after that is my own pilot, Horizon, which I’ll be producing for USA Networks with Gale Anne Hurd (producer of The Walking Dead and Terminator among many other things) this summer. The show is set during WWII – it’s the story of a young secretary working for the FBI who discovers that her husband’s death in the Pacific Theatre of WWII might have actually been due to aliens, not enemy guns.
---
Thanks Bridget!  And OMG! I love Burn Notice!!!  Plus Horizon sounds fab!

I also have a giveaway! 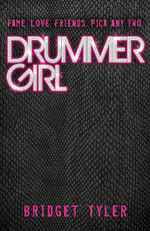 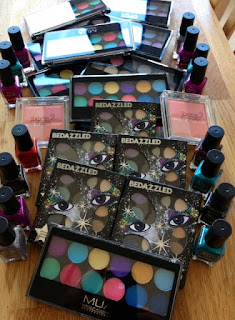 It is open to UK entrants and you can win a copy of the brilliant Drummer Girl and a make up set (a few items from the picture above!) Just fill in the form - Good luck:)

This giveaway is now closed.