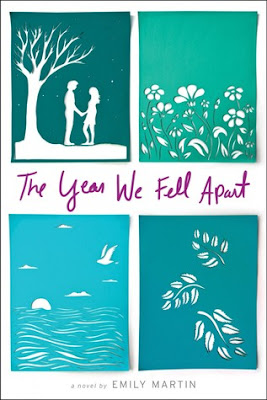 I had been looking forward to this one for ages and I am pleased to say I really enjoyed it! Very character driven - I found myself reading through it quickly. I liked Harper - she very mixed up and not making the best decisions but I think it's the flaws that can really make or break a character and for me it made her much more real. I also loved Declan and Cory - I love the idea of growing up with people and having them be your friends for years. And I thought Mack and Gwen gave a good balance to Sadie - who I really could not warm to.

The romance was great but there were a few elements to the story I wish had been wrapped up more (her mother's storyline and her relationship with Sadie) but overall I thought it was an impressive debut. I will definitely be picking up her next book!
Posted by I Want To Read That at 06:00

Email ThisBlogThis!Share to TwitterShare to FacebookShare to Pinterest
Labels: 4 Stars, Reviews, The Year We Fell Apart