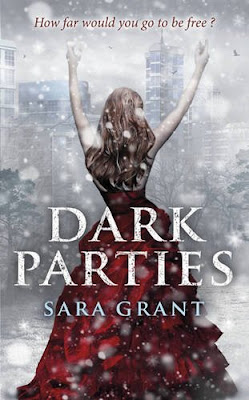 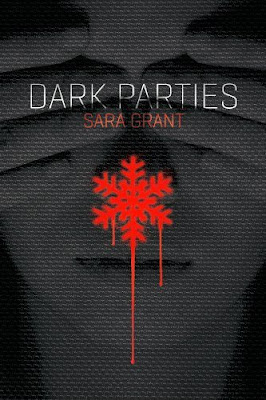 I like both of these.  There is something sinister about the US one - with the hands over the eyes - and it's intriguing because of it.  I'd definitely pick it up to see what it's about.  The UK one is pretty and caught my eye straight away - plus I like the tag line. I am kind of wondering why the girl on the front has her arms in the air though...

From Goodreads:  Sixteen-year-old Neva has been trapped since birth. She was born and raised under the Protectosphere, in an isolated nation ruled by fear, lies, and xenophobia. A shield "protects" them from the outside world, but also locks the citizens inside. But there's nothing left on the outside, ever since the world collapsed from violent warfare. Or so the government says...

Neva and her best friend Sanna believe the government is lying and stage a "dark party" to recruit members for their underground rebellion. But as Neva begins to uncover the truth, she realizes she must question everything she's ever known, including the people she loves the most.

Hmmm...the US one would intrigue me, but the UK one is way prettier!

I agree - UK all the way here!

The UK cover all the way! I love the tiny bits of snow in the foreground that kind of obscure pieces of her dress.

I prefer the UK cover this time around.

The US is deeper and more interesting but the UK is lovely.

I like the UK one but I'm currently reading the book, and I don't see how it fits. I just like it better - prettier.

I like the prettiness of the UK one, although it is kind of similar to a few others. I like that the US one is different..would definitely pick it up! Either way can't wait to read it.