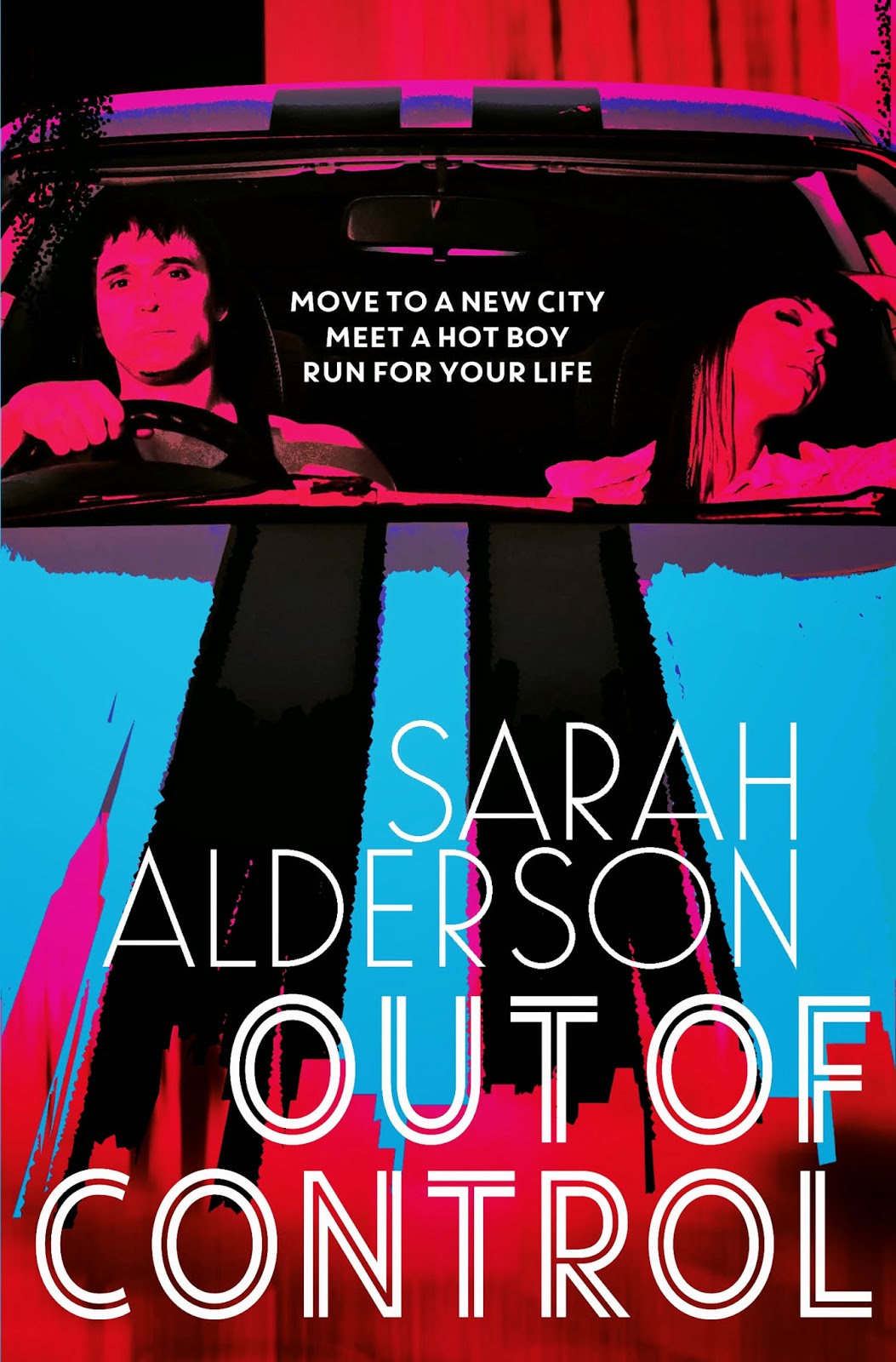 I am really please to be part of the blog tour for Sarah Alderson's new book, Out of Control.  I love Sarah's stories and Out of Control is no exception!  I loved it!!

Sarah has stopped by to talk about the main characters in the story...
---

Out of Control is set over 36 hours in New York. Think 24 crossed with Taken. The main characters are 17 year old Liva and 19 year old Jay, who are complete opposites but who are thrown together and forced on the run when the police station they are in comes under attack by two men who are hunting Liva. The story is told through Liva’s point of view and while there are other characters it’s really about Jay and Liva and how over the course of 36 hours their lives are turned upside down and they are both forced to confront who they are.

JAY (Jaime)
19 years old, half Cuban and half American, Jay has grown up in Queens, New York. He’s street smart but also smart. The youngest of three brothers he’s the only one who has a chance of making it. His oldest brother is in jail and his middle brother is in a gang. But Jay’s dream of going to college is turned on its head the night he does his brother a favour and ends up getting arrested. Jay’s quick witted, charming and committed to his single mum and to trying to make things right.

LIVA
Liva by contrast has grown up overseas, surrounded by the trappings of wealth. The daughter of a man who owns a global security company, Liva has lived her life behind high walls, protected by bodyguards. She’s tough, uncompromising, and committed to living by the rules (whereas Jay thinks rules are made to be broken). After being expelled from school Liva moves to New York to live with her father and to study dance. She’s guarded, untrusting and filled with secret guilt about a tragedy that happened years before.

Thanks Sarah!  I love Nathan and Bella as Jay and Liva - they are just how I pictured them!

Out of Control is availiable to buy now. And make sure you check out the rest of the tour - details are below: 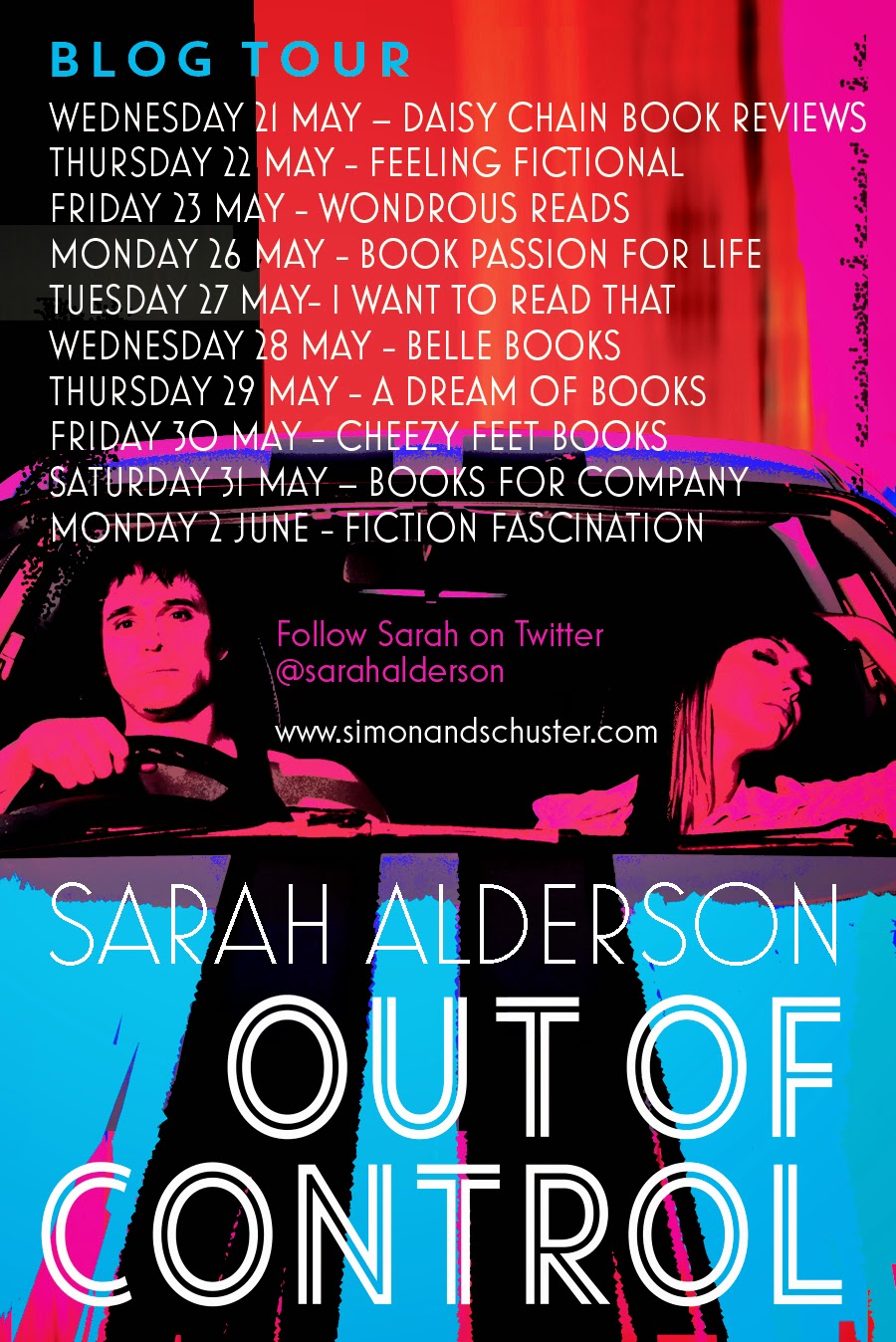 Email ThisBlogThis!Share to TwitterShare to FacebookShare to Pinterest
Labels: Blog Tour, Out of Control, Sarah Alderson

Get Ready For Dangerous Creatures: Beautiful Redemption by Kami Garcia and Margaret Stohl 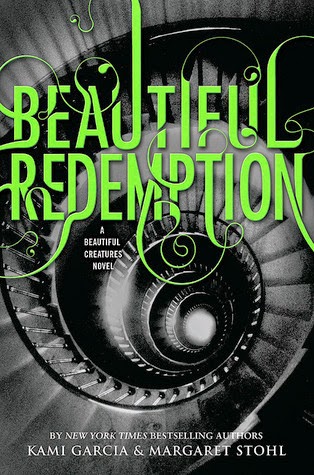 From Goodreads: Is death the end . . . or only the beginning?

Ethan Wate has spent most of his life longing to escape the stiflingly small Southern town of Gatlin. He never thought he would meet the girl of his dreams, Lena Duchannes, who unveiled a secretive, powerful, and cursed side of Gatlin, hidden in plain sight. And he never could have expected that he would be forced to leave behind everyone and everything he cares about. So when Ethan awakes after the chilling events of the Eighteenth Moon, he has only one goal: to find a way to return to Lena and the ones he loves.

Back in Gatlin, Lena is making her own bargains for Ethan's return, vowing to do whatever it takes -- even if that means trusting old enemies or risking the lives of the family and friends Ethan left to protect.

Worlds apart, Ethan and Lena must once again work together to rewrite their fate, in this stunning finale to the Beautiful Creatures series

I have to admit I was both really excited to read this and a bit apprehensive - one of the things I loved about the previous books in the series was Ethan's voice so considering how Beautiful Chaos ended I wondered if that might be an issue - it was not.  We got both Ethan and Lena narrating the story and I loved it!

Once I started reading I had a feeling I knew how this would end - but I did really enjoy getting there. And it was the perfect ending - romantic but not without sacrifice to earn it.   I was pleased to see all the characters I have grown to love feature again and this instalment was just as action packed as the others. I have to say I really do love Ridley which is getting me even more excited for Dangerous Creatures!

I have really enjoyed this series - I love Ethan and Lena and can see myself re-reading this series on a regular basis.  I also can't wait to explore the world more with Ridley and Link!  I think I would love a book featuring Liv too!

Crafting Corner is a feature by Sarah @ Feeling Fictional

I've been quite busy crafting this month!  I finished the blanket for my friend I spoke about last month and crocheted a frog for my aunt. 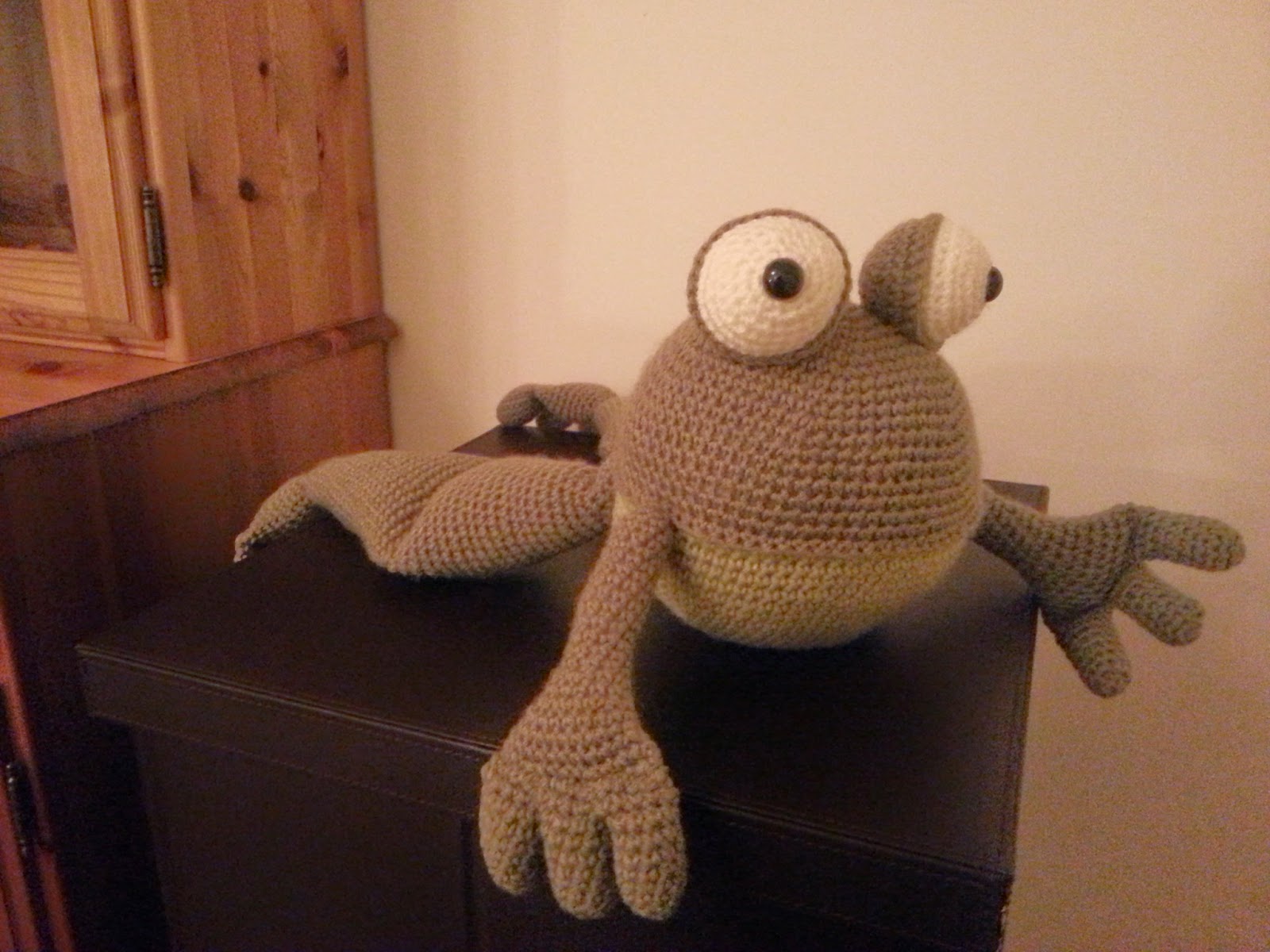 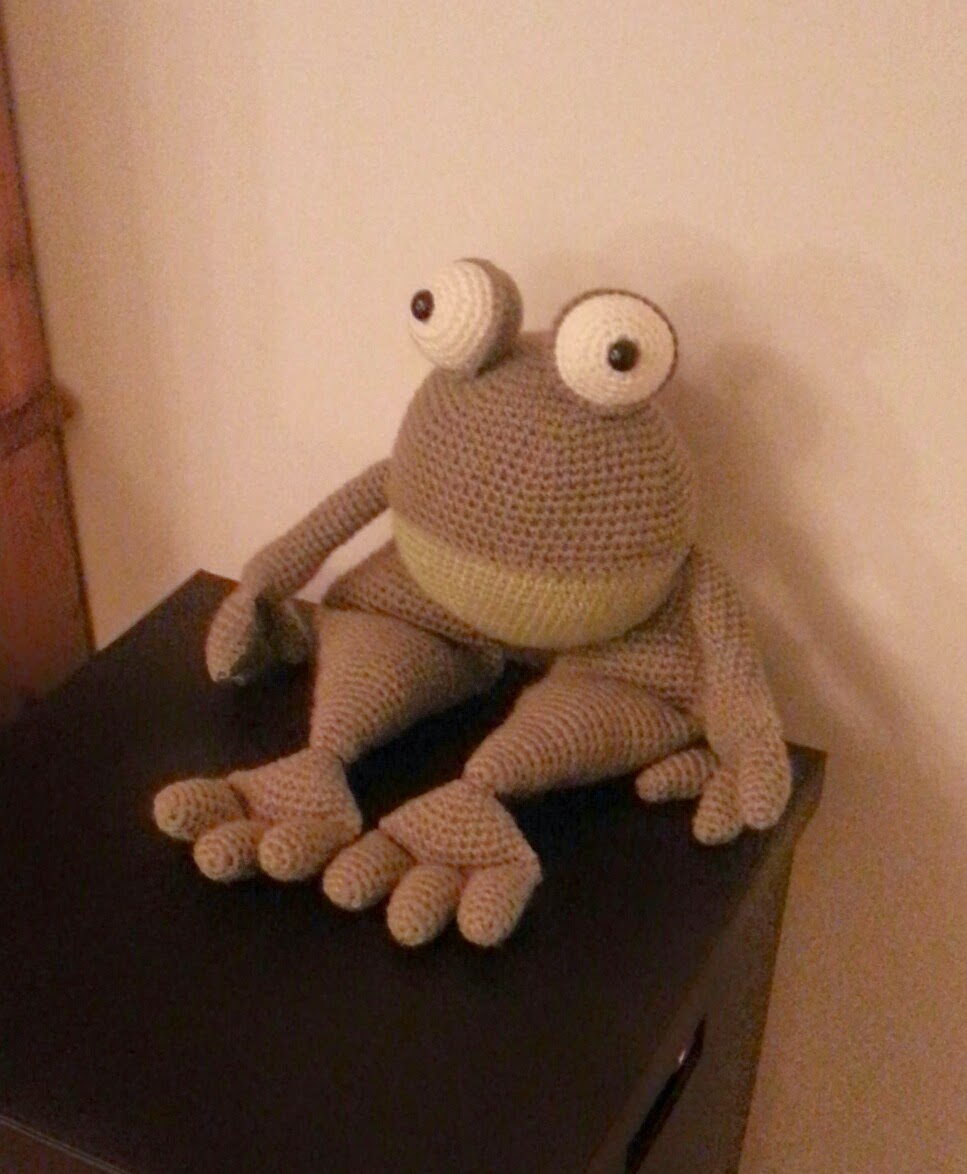 I fell in love with the frog and named him Herbert.  My aunt loved him so that made up for having to give him away!

I used Crocheted Wild Animals by Vanessa Mooncie for the pattern - it's a great book and I'm looking forward to making more of the animals - there are so many designs I love! 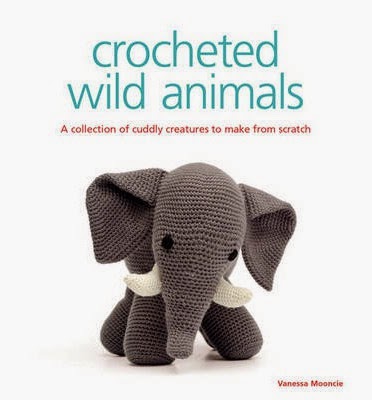 Although I did treat myself to this book: 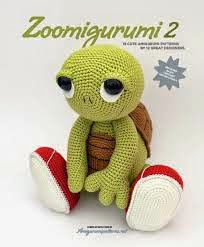 and I am dying to make the turtle - he is sooooooo cute!  There is a Zoomigurumi website too which you can check out here.  There have so many awesome patterns (and some are free!)

Get Ready For Dangerous Creatures: Beautiful Chaos by Kami Garcia and Margatet Stohl 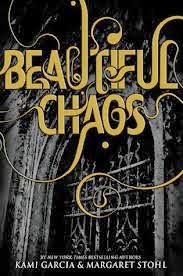 From Amazon: Some loves are meant to be. Others are cursed...

Ethan wate is in love with a caster girl.

When he looks at Lena, it's like there's no one else in the world.

But Ethan is mortal, and on her seventeenth birthday Lena made a choice that changed everything. The girl Ethan loves has broken the world with the supernatural powers she is struggling to control...

Now, if they are to fix the chaos Lena has caused, one of them must make a terrible sacrifice. Sometimes there isn't just one answer. Sometimes there's no going back. And this time there won't be a happy ending.

I'm really enjoying getting back into this series - I quickly remembered how much I enjoyed the series and the characters.  Picking up the story where we left it with Beautiful Darkness, we find Ethan and Lena trying to deal with the consequences of her choice...

I've said this in previous reviews but I adore Ethan and it really is his voice that make this series work so well for me.  He's loyal, brave, often humorous too - I found myself laughing at some of the ways he describes things.  I love getting to see the story unfold with him

All the characters I loved in the previous books are back.  I love Link and Ridley and was glad to see Liv included too.  I love them all!  The pacing is great too - there is an ominous feel to this one.  I wasn't sure what was going on exactly but I had the feeling it wasn't going to end well!  So the ending was kind of expected, but thrilling at the same time,.  I loved it and can't wait to see where this will all go in Beautiful Redemption!