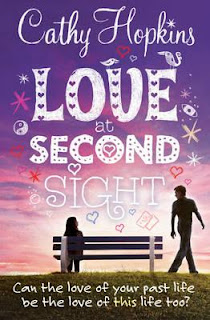 To imagine who I’d choose to play the characters from my new book, Love At Second Sight. What a great task! I think every writer hopes that their books will be made into movies but so often when they are, the writers has no say in who plays the parts. So great, even though it’s only a fantasy, these would be my choices.

* Jo: for me this would have to be Kristen Stewart. Even though she might be a bit old to play the part of a 17 year old now – she has the right look, attractive but not in too obvious a way and she has an intelligent face like there’s loads going on beneath the surface.

* Tash: Lily Cole, she’s got the right colouring for Tash with her Titan red hair, plus she has a dreamy, romantic look about her. She’d be perfect for the third girl. 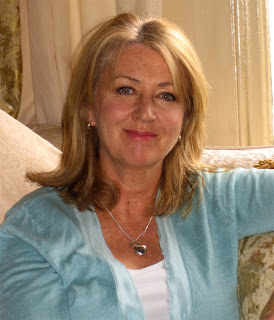 * Ben: Logan Lerman. He’s cute too but looks as if there’s more going on beyond the good looks.

* Owen: Asher Book. Friendly, open and perfect for the boy next door type.

You can google them to see who they are if you don’t already know but it’s probably best to read the book first to get the characters in your own mind’s eye then you make your own choice of who you’d cast.

Let me know, be fun to compare our casting lists.
---
Thanks Cathy!  I love your choices! Especially Lily Cole as Tash - she's perfect!

I picked  Chace Cawford as Finn (he's kind of effortlessly goodlooking).  But I have to admit I think I prefer Zac Efron!  I thought Adam Brody as Owen (kind of friendly, goodlooking but slightly geeky...) and I love Logan Lerman for Ben! I was also thinking maybe a dark haired Josh Hutcherson?

For the girls I have to agree with Lily Cole as Tash - she's perfect.  For Jo I picked (a younger) Alexis Bledel (she's really pretty/beautiful but in a very natural way) and for Effy I thought (again a younger) Emma Stone (there is something fun and confident about her).

You can read my review of Love at Second Sight in the post below.

And make sure you check out the rest of the tour.  The next stop is tomorrow over at The Sweet Bookshelf.
Posted by I Want To Read That at 06:05

Really awesome choices from both of you! Love at Second Sight would make such a cute movie.

Great post! I love it when writers fantasize which people play which parts in their book, it is such a fun idea. I like the sound of this book - thanks for posting! :)