The Spiral Horizon Blog Tour (How to Write Guest Post) 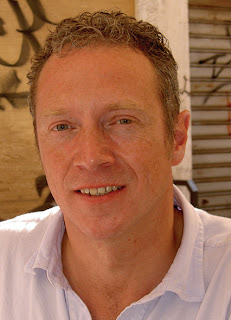 As part of the blog tour for The Spiral Horizon, the 6th book in the Bad Tuesdays Series, Benjamin J. Myers’s kindly stop by to talk about writing...
---

By the age of twenty eight I’d written three novels and each of them had been rejected so many times, I could have produced a guide on how not to write. Over the next eleven years, three children arrived in quick succession and I built a practice as a barrister specializing in serious crime. I took a break from writing novels but I thought about how to write. I thought about it a lot. Throughout my school, university, the army and now, as a barrister, writing has been a constant drive. It takes more than an Everest of rejections to stop that.

I started writing The Bad Tuesdays sequence in 2006 and it was accepted the following year by the first publisher I sent it to, Orion Children’s Books. You can imagine the euphoria. It had been a long wait. The first book in the sequence, Twisted Symmetry, was published in 2009 and this August, sees the publication of the sixth and final book The Spiral Horizon. Behind all the weird science and strange creatures there has been a lot of thought: thought about how to write the story I’ve wanted to tell, and thought about the skill of writing. If you’ve already got a bag of talent, that’s a great start, but there are ways in which you can build your skill. Here are my suggestions, hard earned through experiences – the good , the bad and the ugly. 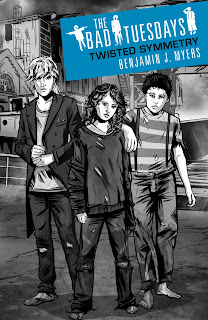 1. Read. Read lots. Read well and read widely. Think about what you’re reading and why it works, or why it doesn’t. Reading is the writer’s base camp, the place from where you start and where you’ll find most of the equipment you need. Other people’s writing is where you’ll discover the possibilities of language and the limitless expression of ideas. Whilst the inspiration for The Bad Tuesdays lies in films like ‘Alien’ and The Matrix’, comic art and music rather than books, finding the language to convert these ideas into stories owes a lot to reading of writers who show how rolling imagination and hard reality can be conveyed in words, writers like Mervyn Peake and Ted Hughes.

2. Write for a reader. This is so important but it took me a long time to appreciate. Don’t lose sight of this rule, whatever you do. Writing only for yourself may be hugely satisfying, but its therapy. If you want to be a published writer, write for yourself by all means but make sure you are writing for others too. When I embarked upon The Bad Tuesdays, I had my own teenage children in mind, and their friends. Writing for a reader, or a type of reader will keep your writing focused (on what the reader wants) and will make it more attractive to publishers, who naturally will want to see that what you write appeals to more than an audience of one.

3. Plan your story. At the very least, give it a beginning, a middle and an end. It makes such a difference knowing where you’re going. 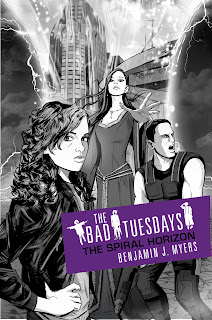 4. Keep at it. Writing takes time so make time. It’s no good writing when the mood takes you, or when you have a spare couple of hours. If writing matters to you, your life has to know that and so does everybody else. Writing regularly makes books happen. And don’t be spooked by a blank page. You sit down, you pick up a pen (or keyboard), your fingers start to work and you put down words. Inspiration is great when the rush hits, but you’re in charge. Just get the words down. You can always cross it out and start again if you’re not satisfied.

5. Cross it out and start again if you’re not satisfied. Don’t settle for almost getting it right. If what you’ve written hasn’t hit the spot, it isn’t good enough. Being critical, being ready to strike out a word, a passage, a page, a chapter gives you huge power over your own work. It will also make it very much better.

There’s more I could say, but for me, just getting these things right made a massive difference. Just keep writing, believe in yourself and your stories, and keep reading. If you love reading good books, you’re well on the way to writing them.
---
Thanks Benjamin!