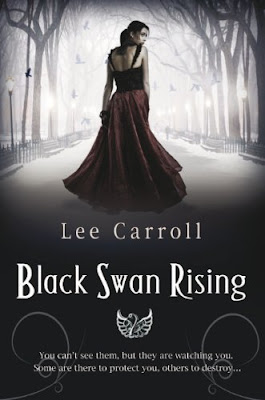 From Goodreads:  When New York City jewelry designer Garet James stumbles into a strange antiques shop in her neighborhood, her life is about to be turned upside down. John Dee, the enigmatic shopkeeper, commissions her to open a vintage silver box for a generous sum of money. Oddly, the symbol of a swan on the box exactly matches the ring given to her by her deceased mother. Garet can’t believe her luck and this eerie coincidence until she opens the box and otherworldly things start happening. . . .

I have one copy of this to giveaway.

All you need to do is fill in the form below. The giveaway is open to everyone and closes 31 May 2011.

Good Luck:)
This giveaway is now closed.
Posted by I Want To Read That at 06:00

Hee hee. I've entered. I hardly ever enter giveaways now but this one is on my wishlist. Thanks!

I was just looking at that today, it looks really good. Thanks for the giveaway.

Thanks for the chance :)

This sounds so good. Thanks for the chance to win a copy.

Thanks for the giveaway!!!

Thanks for the giveaway!