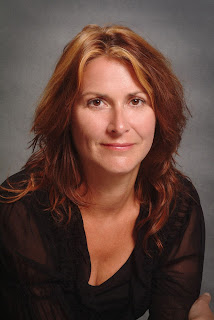 I'm really excited to be part of the blog tour for Whisper by Chrissie Keighery. I loved the book (you can read my review here) and it really made me think about things I hadn't considered before.  One of the things I was really interested in was hearing about the research Chrissie did for the novel and the things she found that really surprised her.

So, Chrissie has kindly stopped by today to talk about the research she did for Whisper...
---

I first started research for Whisper by accessing blog sites on the net. There was amazing diversity. The arc went from people who felt completely isolated and disengaged because of their deafness, to those who felt empowered and connected being part of the Deaf community. Some of the extremes were fascinating to me. Some deaf couples hoped their offspring would be deaf too. At first, this seemed astonishing to me...but that was because I didn’t understand the idea of deafness as a culture at the beginning. Stella’s character came mainly from thinking about the extreme positions some people take in terms of Deaf Community.

After doing net research, I contacted the Victorian College for the Deaf. I found that the doors were wide open for me. In fact, I was given such freedom there that I was able to just turn up, attend classes and hang out in the grounds. 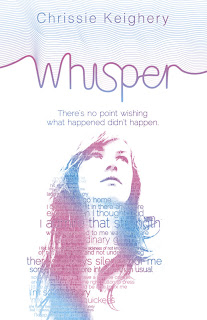 My visits to VCD were a real eye opener. I spent the largest amount of time with a group of kids who would have been Demi’s peers. The first few days were overwhelming. There were so many behaviours amongst the students that struck me as very strange. Waving hands in front of people’s faces. The switching on and off of lights. The drumming of shoes on the floor. Simultaneously, though, I was also struck by the sameness of these teens. Via a teacher interpreter, I was privy to their conversations..which were about the opposite sex, parties, alcohol etc. I have a 16 year old daughter, so I’m very aware that these topics are prevalent in the hearing world for that age group as well. It was there I learned about sign names...about the idea of a deaf version of the whisper (hands under school jumpers, hidden from plain sight) and so much more.

I also made a very strange, cold call to Vic Deaf. On the other end of the phone was a young woman called Lidia Risicato. She is the hearing child of two deaf parents...and an avid reader. I accosted Lidia time and time again, trying to confirm and validate my characters actions. Not only was she fabulously informative, she totally got what I was trying to achieve. Lidia was my fact checker, but also, a great inspiration.

Normally, when I have an idea for a book, (I’ve written 39 now) I begin planning and writing straight away. This wasn’t the case with Whisper. I had my L plates on for three months before I dared to start. From woe to go, Whisper took me 18 months. It’s a lot of time, but it’s been so worthwhile. I pinch myself when I look at the beautiful trailer Templar Publishing has created and I’m absolutely stoked that my book is now out in the UK.
---
Thanks Chrissie!

The next stop on the tour is over at WHNBSIHWSOFT tomorrow.

Thanks to the lovely team at Templer I also have a copy of Whisper to give away!  The giveaway is open to UK only and the closing date is 1 August 2012.  Just fill in the form below.  Good luck:D
Posted by I Want To Read That at 06:00