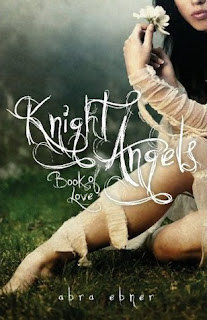 From Goodreads: When seventeen-year-old Jane Taylor witnessed her father's death at age seven, something happened to her. Ever since, her thoughts have been consumed by death, going so far as to foresee the ever-changing deaths of those around her.

Sixteen-year-old Emily Taylor always resented her sister’s closeness with their father, who died when she was only six. Ever since she can remember, she’s had the strange ability to read minds, something her father held the key to. Left helpless, she drowns herself in a world of prescription drugs, sending her responsible older sister Jane – who acted as the mother her real mother refused to be – over the edge.

Seventeen-year-old Wes Green was adopted as a baby, left carelessly by parents that clearly did not love him. He moved in next door to Jane, sharing an alleyway window and finding in her a childhood friend that soon turned into his high-school crush. All summer, though, the pain that’s been wracking his body seemed to come with no explanation. He was done growing, was plenty healthy, and worked out regularly as a member of the wrestling team. When senior year starts, though, and the pain gets worse, the changes ahead of him are anything but what he expected, and far to animal for his taste.

When Max Gordon, doomed to be a teenager for the next thousand years, found himself standing above her dying body, he saw in her bright eyes something he hadn’t seen in the nearly one-hundred-years he’d spent roaming Earth. Her father was already dead, but there was a chance he could still save her from the wreck. Jane was her name, and she was only seven, but already she was all he ever wanted. It was his job to bring her back, but it was an act that could have been the biggest mistake of his life.

When four teens enter Glenwood High on an unseasonably cool day in September, no one but Max could understand the future that was ahead of them. Drawn together by blood and friendship, they each hide a dark secret that will soon help to bind them even closer.

When the one face Max hoped to never see again shows up on school grounds – his evil twin brother, Greg – he knows that coming back for Jane was the wrong thing to do. Finding that Greg already knows about Max’s attraction for Jane, Max finds he can no longer hope to leave again, afraid of what Greg will do.

Max has to protect Jane, Jane wants to be normal, Wes wants Jane to love him, and Emily just wants the voices to stop…

And Greg… he just wants everyone dead.

I discovered this on Goodreads last night and thought it sounded really good!. It was published (in the US) April 26th 2010 by Crimson Oak Publishing. Check out the great trailers for it below:)

Email ThisBlogThis!Share to TwitterShare to FacebookShare to Pinterest
Labels: Abra Ebner, Book of Love, I want to read that..., Knight Angels

This series sounds amazing and I love the trailers! Great picks!

uh-oh! This sounds amazing. I want it now! LOL. Okay, I must calm down. I'm trying not to buy books right now. I know I won't find time to read them until the summer break. Can you let me know if it is any good? Thanks x

Me too :) BTW I am loving the new layout.