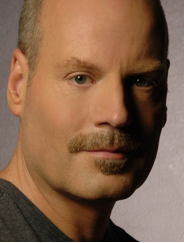 Gregg Olson has stopped by today as part of his UK Blog Tour to talk about the inspiration behind his novel Betrayal. Before I hand you over, here's a little info about Gregg:

Gregg Olsen has a huge readership in the US and beyond and has been compared to Joseph Wambaugh and James Patterson. He is the author of eight true crime books including Cruel Deception and Starvation Heights. His fiction includes Heart of Ice, and Closer than Blood which charted on both the New York Times and USA Todaybestseller lists on publication. The Bone Box was number one on the US’s list of best-selling e books on publication in April. He also contributed a short story to Killer Year, an anthology edited by Lee Child.


Betrayal is the second book in his YA,  Empty Coffin Series. 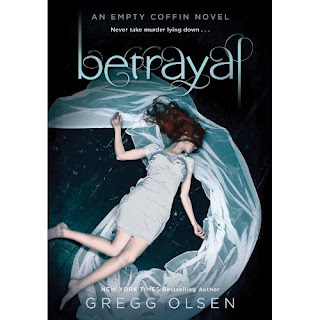 Foxy Knoxy taught me a lesson and shaped the storyline of Betrayal, the second volume in the Empty Coffin series.

You know who I’m talking about, don’t you?

The Amanda Knox story captivated me from the minute I first learned of it. The story of a girl who’d purportedly did the unthinkable resonated with me for a number reasons. I’m the father of young women and I could imagine my girls going off to study abroad and being caught up in something terrible. I’m from Seattle and so is Amanda.

And, probably more than any other reason, I am a true crime writer.

I have to admit that as the story was presented by the international media (“Foxy Knoxy”) it seemed to have all the things that make people want to know more. That’s the litmus test for any true crime tale. Readers simply have an insatiable need for information about the central figure.

To put it more directly, people want the dirt.

I fell into that. I viewed Amanda as a kind of scurrilous tramp who surely must have stabbed Meredith Kercher to death that night in Perugia. She was cold and uncaring as they come. Remember how she cuddled up to Raffaele Sollecito at the crime scene? How she did a cartwheel while waiting to be questioned? How she’d written about her sexual escapades like it was a first draft of Fifty Shades of Play?

As the story went on and as more details came to light, it became clear that while Amanda might be a tacky person, a sleazy girl, a b**** even, she might not have been a killer after all. In fact, as we would learn later – long after – she might not even have been a slut, or anything of the sort.

Amanda Knox might have just been a girl in the wrong place at the right time.

The media and my bias shaped how I viewed her. I regret that. I think a lot of people do. That’s not to say we know what happened the night Meredith was brutally killed. But because of the mix of media circus and poor police work, we probably won’t ever know.

I used a little of the Knox story in Betrayal. It isn’t a carbon copy of what occurred in Perugia, of course. My story takes place in Port Gamble, Washington, USA. My victim is a foreign exchange student from London named Olivia Grant. She’s not the one dragged through the media mud, however. You’ll have to read the book to see who that is, and the outcome.

So, I’m afraid, is the truth when it comes to the identity of who killed Meredith Kercher.
---
Thanks Gregg!

You can find out more about the Empty Coffin Series by vising www.emptycoffinseries.com - including a trailer and a sneak peek at the first few chapters of Betrayal!

The next stop on the tour is tomorrow over at Daisy Chain Book Reviews.

Betrayal is available to buy now.
Posted by I Want To Read That at 06:00