Why I Write About Greek Mythology by Tera Lynn Childs 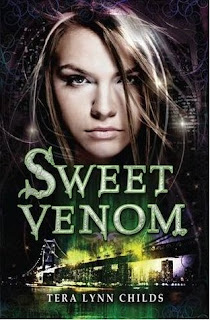 To celebrate the release of Tera Lynn Childs' new novel, Sweet Venom, PPR publicity kindly gave me the following feature from Tera Lynn Childs on why she likes to write about Greek mythology..
---

Why I Write About Greek Mythology by Tera Lynn Childs

There isn't a time I can remember when I didn't love Greek mythology. I have always been fascinated by ancient cultures—Roman, Egyptian, Mayan, Incan—but ancient Greece was my obsession. I can't point to a specific book or story or event that started it all. It might have something to do with my family. My father was a scenic and lighting designer and I grew up in and around the theatre. Greek drama marks the origins of the Western theatre tradition, and I have known and loved plays like Oedipus Rex, Antigone, and Agamemnon since I was a little girl. Like theatre itself, these stories involving flawed, powerful gods and beautiful, vengeful goddesses are in my blood.

It's no wonder, then, that as a writer I look to ancient Greece as an unlimited resource for inspiration. Whether it's borrowing from iconic plots, like fighting your fate or valuing duty above self, or drawing on the archetypal characters of the gods, from the beautiful seductress Aphrodite to the disfigured beast Hephaestus, Greek mythology is a treasure trove for the writer. These stories and characters are embedded in our cultural heritage, and weaving them into modern fiction draws on the very core of storytelling.

My specific inspiration for the Sweet Venom trilogy came from an unexpected source: a magazine spread about snake-themed accessories. Even though I dislike snakes, I was attracted to the display of golden serpent arm bands and snakeskin shoes. I tore it out and put it in a file, not yet certain how I could use that in a novel. Some time later, as I went back through that file, I was again drawn to the snakes and serpents. Setting the other inspirations aside, I sat down and tried to find the story hiding on that page. 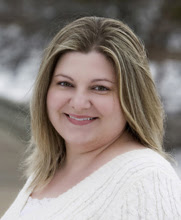 By that time, I had already written my first two novels for teens, about a young girl who wound up at a private school for the descendants of the Greek gods. Greek mythology, and its manifestation in the modern world, were already ingrained in my writing. As I stared at the page of items inspired by beautiful but dangerous reptiles, those two themes entwined. Greek mythology and serpents. The first thing that entered my mind was Medusa. Everything clicked and soon I had the beginnings of an idea in which her descendants protected the city streets from monsters that have escaped their home realm.

Part of what attracted me to the story was the challenge of turning the Medusa legend inside out and telling my own version of her tale. There is a popular concept in writing that every villain is the hero of their own story, which simply means that bad guys think they're doing things for the right reason. In order to make Medusa's descendants sympathetic and heroic, I wanted to take that idea even further. In the world of Sweet Venom, Medusa was not only the hero of her own story, she was a hero pure and simple.

But the challenge was only part of the attraction. Medusa and the rest of Greek mythology are a part of me, of my childhood, and of our collective cultural history. I write about gods and goddesses, heroes and monsters because they are both familiar and fantastic. We recognize them in our friends and family. We see them in ourselves. When it comes down to it, these are the same stories we have been telling for millennia; I'm just taking my turn at the interpretation.
----
Thanks Tera! Thanks PPR Publicity:)

Sweet Venom was published 1 September.  Check back tomorrow for my review:)
Posted by I Want To Read That at 06:00