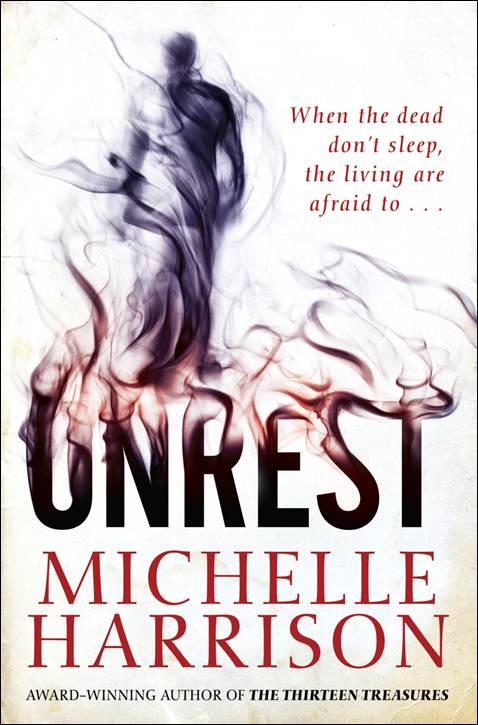 I love how this is eerie but beautiful at the same time! I'm even more excited to get my hands on it now...!

Here's the synopsis
From Goodreads: Seventeen-year-old Elliott hasn’t slept properly for months. Not since the accident that nearly killed him. Sometimes he half-wakes, paralysed, while shadowy figures move around him. Other times he is the one moving around, while his body lies asleep on the bed. His doctors say sleep paralysis and out of body experiences are harmless - but to Elliott they’re terrifying.

Convinced that his brush with death has attracted the spirit world, Elliott secures a job at a reputedly haunted museum, determined to discover the truth. There, he meets the enigmatic Ophelia. But, as she and Elliott grow closer, Elliott draws new attention from the dead. One night, during an out of body experience, Elliott returns to bed to find his body gone. Something is occupying it, something dead that wants to live again . . . and it wants Ophelia, too . . .

A chilling new novel for teen readers from the best-selling author of the widely-acclaimed 13 Treasures sequence.
Posted by I Want To Read That at 06:00

Me too! *stamps feet in desperation*