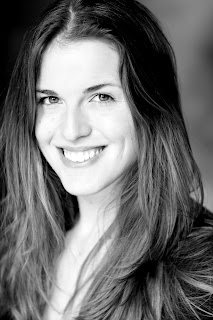 Katie Dale is the author of Someone Else's Life, which was published by Simon & Schuster on 2 February 2012.  Katie kindly took the time to answer a few of my questions...
---

How did you come up with the idea for Someone Else’s Life?

Then I heard about Huntington’s disease, and as I learned more about the illness and how it affects entire families and all your life choices it became a much bigger part of the story. What would you do if you were at risk for a devastating genetic illness – would you take a test and find out for sure what your future holds? Or would you rather not know? What if you took a test and discovered your mother wasn’t your mother…?
From that moment the two issues combined and that was the story I just had to write.

Did you need to do a lot of research for the novel?

I wanted to do a lot of research because I wanted to make sure I got all my facts right. I had never heard of Huntington’s disease before I started writing Someone Else’s Life, so I consulted midwives, social workers, professors and geneticists and most importantly met and contacted a lot of people with and affected by Huntington’s disease, who were kind enough to share their experiences with me, and even read the book before it went to print to make sure everything I described was accurate and authentic.

I loved the dual narrative in the novel. What made you decide to write it this way?

At first I wrote Someone Else’s Life as a single narrative, but as it progressed it became clear that there was another voice that demanded to be heard! Consequently I went back and added in a second narrative and that’s when the story really came to life. I think there are two sides (at least!) to every tale and I found it fascinating to explore both viewpoints – especially when they argued! I think it’s a really good way to explore an issue as it hopefully splits your sympathies as a reader and demonstrates that things are rarely as black-and-white as one person may think.

The book really made me consider the importance of being biologically related – what it means to know who we are and where we came from – and the true meaning of family. Are these themes you wanted to explore?

Definitely. I’m very interested in the concept of identity – what makes us who we are? Is it genetic? Or how we’re brought up? Or a combination of the two? Or do we ourselves decide through our own choices and actions? Likewise, the idea of family is an interesting one. Just because you’re related to someone should you automatically love them? What if you found out someone you love isn’t related to you after all – does that change the way you feel about them? What does “family” really mean?

Did you always want to be a writer?

No! When I was a little girl I really wanted to grow up to be a farmer’s wife! (Read more at http://katiedaleuk.blogspot.com/p/story-so-fara-series-of-fortunate.html) Then the acting bug kicked in and I pursued that right into drama school and beyond, but I’ve always loved writing too. My mum, Elizabeth Dale, is a children’s author, so it’s always been in the background, and I did lots of writing courses at university, but it wasn’t until I entered the SCBWI Undiscovered Voices competition that I seriously pursued it as a career. That gave me the confidence to work hard and finish my first novel – and now it’s such a thrill to see it published! 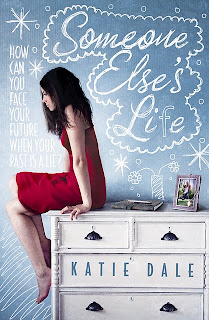 What is a typical writing day like for you? Are they any ‘must-haves’ you need before you can sit down to write?

Not really! I stagger out of bed, flop onto the sofa and pick up my laptop and then hours can pass before I realize I’ve missed breakfast and I’m still in my PJs! If I get stuck, then I do need props – coffee, sweets, things to nibble while I think and mull things over – and I usually time my lunch-break so I can watch Neighbours  I need my Australian soap fix!

What’s your favourite aspect of writing? And the most challenging?

My favourite aspect of writing is that I can work on my sofa in my PJs! And that if I’m really tired I don’t HAVE to get up early to get to a day job (my other half is REALLY jealous about that!). The most challenging aspect is that unlike lots of jobs, I have to produce my work from inside my head – there’s no formula or routine that can get me through – if I get stuck or the words just aren’t coming it can be really frustrating!

What’s next for you? Are you working on something at the moment?
Yes, I’m currently in the middle of writing an as-yet untitled YA thriller! Here’s the blurb:

Tall, dark, and handsome, the first time Sasha meets mysterious Christian she knows he is The One. But Christian is hiding a terrible secret. Why does he clam up every time Sasha asks about his past? Why does he have the initials L.N. engraved on his watch? Why doesn’t he have any family – and why does he dye his blond hair black?

Then one day Christian’s house goes up in flames, his tyres are slashed, he flees for his life, and Sasha insists on going with him.

But as Christian’s secret is unveiled in front of the whole world, it seems everything he’s ever told Sasha is a lie. Even his name. Her loyalties torn, her emotions in tatters, Sasha must decide whether to stand by the man she loves, or turn him over to his pursuers. Can what they’re saying about him really be true? Should she trust him? Or is she in terrible danger…?

But Christian isn’t the only one keeping secrets.

For what if their accidental meeting was no accident at all…
---
Thanks Katie!

You can read my review for Someone Else's Life here
Posted by I Want To Read That at 06:00

Wonderful interview! I'm loving Someone Else's Life and I loved this! Thanks Sammee & Katie! :) x