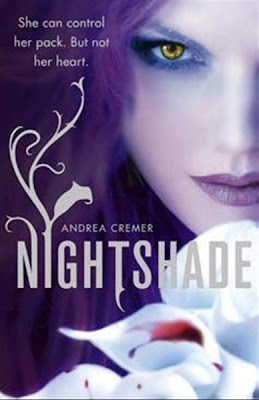 From Goodreads: Calla Tor has always known her destiny: After graduating from the Mountain School, she'll be the mate of sexy alpha wolf Ren Laroche and fight with him, side by side, ruling their pack and guarding sacred sites for the Keepers. But when she violates her masters' laws by saving a beautiful human boy out for a hike, Calla begins to question her fate, her existence, and the very essence of the world she has known. By following her heart, she might lose everything— including her own life. Is forbidden love worth the ultimate sacrifice?

I really, really enjoyed this one.  It hooked me from the first chapter and I can honestly say I didn't stop reading until I had finished it!

We meet Calla on one of her patrols.  Faced with the choice of either breaking her masters' rules by saving a human boy or letting him die she feels she doesn't really have a choice:  she saves him.  This decision complicates her relationship with Ren, the alpha male she's destined  to rule a pack with.  And by befriending Shay, the human boy she saved, she is forced to question everything she thought was true...

I loved Calla.  She's comes across as very strong and independent, but there is a vulnerability about her that makes her really likeable.  You can see how torn she is - she wants to do what is right but as the story progresses so does her confusion as to what that actually is.  Ren is awesome!  For some reason I expected myself to dislike him but I absolutely adored him and his scenes with Calla are definitely full of chemistry!  Shay on the other hand was a character that grew on me over the course of the story. I wish I loved him as much a Ren but I wasn't quite there, which I found slightly disappointing   I did find him intriguing though and he obviously represented freedom for Calla - someone she gets to choose rather than having to be with purely because they have been chosen for her.    And although there is chemistry between Shay and Calla I'm not sure if it was quite as.. .er... steamy as that between her and Ren.  Love or lust?  Who knows,  but it makes for some very enjoyable reading!

I also loved the world the author created here.  If you are tired of the usual werewolf mythology try this because I thought it felt fresh and original.  Witchcraft and magic are at play here and it makes for very interesting reading.  There is also mystery as we try to work out if everything Calla has been told is actually true.  Who are the Searchers?  Are the Keepers good or bad? - they seemed pretty creepy to me!  I can't wait to find out more and finally put all the pieces of the puzzle together.  I have the feeling it will be awesome!

Andrea Cremer has created something really great here.  I love her writing style too.  It's particularly accessible and she is skilled at writing both action and romantic scenes.  She also managed to build momentum causing me to be completely gripped until the final page.  And yes there is a cliffhanger.  No paranormal series seems to escape it lately, and although I usually moan about how annoying it is I found that it actually worked really well here.  It comes at a point in the story where the next installment feels as if it will be a story in it's own right as well as a continuation of a larger arc.   And I wholeheartedly cannot wait to get my hands on it when it's published in 2011.  An awesome debut!

As part of the Blog Tour Andrea kindly took the time to answer a few of my questions... 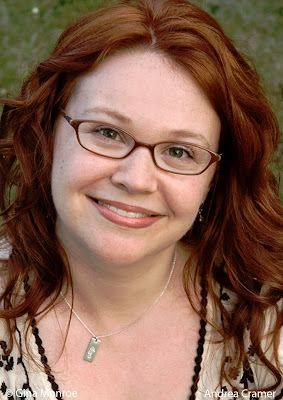 What was the inspiration for Nightshade?
Calla was the inspiration – my books are usually inspired by characters, and the plots are driven by the problems/hopes/dreams of those characters. With Nightshade I knew Calla was a strong, independent young woman and that she was a warrior. I also knew she was a wolf, which presented a major challenge for me because I’m generally not a fan of werewolves. I ended up creating a new wolf mythology involving witchcraft that better portrayed the ways I’ve always viewed wolves: as beautiful, intelligent and social rather than the diseased or cursed half-man/half-beasts of lycanthropy.

I love Calla! Do you have a favourite character? Or one you particularly enjoy writing for?
I love all the characters and since each member of the pack is integral to the story it’s really hard to choose. My favorite character to write is probably Mason because he’s clever and hilarious.

I’m really looking forward to Wolfsbane. Can you tell us anything about it?
Thank you – I can’t wait until Wolfsbane is released! I have a strict no spoiler rule so I can’t give much away. What I can tell you is that you’ll learn a lot more about the war between the Keepers and Searchers.

I adore the covers for Nightshade and Wolfsbane. What did you think when you first saw them?
I love the covers! They are photographs taken by New York artist Suza Scalora and her images are so evocative. I couldn’t be happier with the covers.

What inspired you to become a writer? Was it always something you wanted to do?
I’ve written as long as I can remember – since I was a child I’ve been a daydreamer, always thinking up stories. I didn’t think that writing was something you could do for a living though so I went to graduate school and became a history professor. Two summers ago, fate took matters in her own hands when my foot was broken in a horseback riding accident. I couldn’t walk for twelve weeks and since I was stuck on the couch I started writing a novel. Once I started writing I couldn’t stop and I knew I had to do everything I could to pursue writing full time.

Do you have any ‘must haves’ before you can sit down to write?
Coffee and music. I create playlists for all my books and I write with a French Press coffee pot beside me.

What are your favourite books and have you read anything recently that you loved?
One thing that Calla and I have in common is our favorite book: Watership Down by Richard Adams. I also would name books by Marion Zimmer Bradley, Neil Gaiman, Margaret Atwood, Cassandra Clare, Libba Bray, and David Eddings as favorites. Harry Potter, of course, rates at the top of the list as well. Recently I read Across the Universe by Beth Revis (it will be published in January 2011) – and it’s an amazing YA sci-fi.

Thanks Andrea!   I can't wait to get my hands on Wolfsbane!

Don't forget to check out the rest of the Blog Tour.  Andrea will be at Sarah's Book Reviews tomorrow:)  And you can check out the whole schedule here.
Posted by I Want To Read That at 06:00

This one sounds really good! Will definitely have to pick it up.