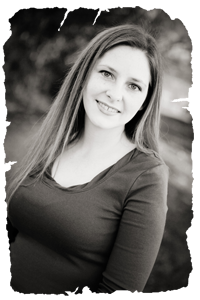 Rachel Vincent is the author of the Shifter Series, and is soon having her Soul Screamer Series published in the UK.  She kindly agreed to answer a few of my questions...

What was the inspiration behind the Shifters series?
Creating the shifters series was kind of a two-step process. A previous incarnation of Faythe and her family already existed as secondary characters in the first series (high fantasy) I wrote, but never tried to sell. They were a nomadic band of Gypsy-like shapeshifters living in the woods, more like animals than humans most of the time. But it was just Faythe and her extended family. No enforcers.

After I wrote two books in that series (the cats only appeared in the second one), I decided to try writing a book set in the modern world. I knew I wanted to write about shapeshifters, but not wolves. So I took the cats out of their original high fantasy world and gave them their own story, complete with mythology, society, and urban fantasy worldbuilding.

Do you have a favourite character from the books? Or one you particularly enjoyed writing for?
I like all of them. I wouldn’t write them if I didn’t. But Jace and Ethan in particular were always a lot of fun.

How does it feel now you have completed the series?
It’s strange, knowing I won’t be writing from Faythe’s perspective anymore. It’s kind of like giving up a part of myself. But I’m very proud of how the series ended. ;)

You have also written a YA series called Soul Screamers which is being published in the UK in January. Can you tell us more about it?
The Soul Screamers books are about a teenage bean sidhe (banshee) named Kaylee Cavanaugh. At the beginning of the first book, Kaylee has no idea she’s not human. She’s been hospitalized in the past for screaming fits the doctors called panic attacks, which hit her when she sees someone she’s convinced is going to die. But in the first book, she discovers that these death premonitions are accurate—people are dying, and she’s the only one who knows who’ll be next.

Having written for both adult and teen audiences, do you have a preference? And do you approach these differently as a writer?
I like them both! And no, I don’t approach them any differently. My job is the same, no matter who I’m writing for. Plot, outline, rough draft, rewrite, revise, edit, proofread. Though that’s a very simplified explanation. The real difference is in the perspective of the narrator.

Thanks Rachel!  I love the Shifter's Series and can't wait to read your Soul Screamer Series!

Rachel Vincent is the author of Alpha part of her Shifter’s Series about a pride of werecats which is out now from MIRA books £6.99. For more information on Rachel’s books visit http://www.nocturnebites.co.uk/

I have mini reviews posting tomorrow for books 1-5 of the Shifter's Series and a review of the final book:, Alpha on Saturday.

*Photograph source: Author's website
Posted by I Want To Read That at 12:00

Interesting to find out about the origins of Faythe's pride. Great interview -thanks.