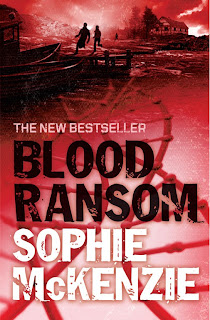 I was completely blown away by Blood Ties so I could not wait to read this one.  I literally picked it up as soon as I'd finished the first!   I was so taken with Rachel and Theo I had to know what happened next.

The story picks up nine months after the end of Blood Ties.  Not able to see each other, but communicating every week through chat rooms Theo becomes concerned when Rachel misses one of their meetings.  Convinced something is wrong he comes across an article online claiming she has committed suicide.  Not believing this to be the case, Theo teams up with Lewis to find her.

Again we get the dual narrative that I enjoyed in the first book and it works just as well here.  I think it adds to the 'action-packed' feel of the book by not letting it get stale.  It's really interesting to be able to get the story from both points of view and to see how they view each other too.

The characters had all grown in the nine months and this time I really liked Theo.  Rachel is also much more confident - although I thought she was a little too trusting in the beginning of this story but I can understand why.  I was also very glad Lewis was back - and that his feelings toward Elijah for what he did (in Blood Ties) were explored.

I wasn't sure how Sophie McKenzie would be able to come up with a story that would match the excitement levels of Blood Ties but she has managed it.  It felt like a progression of the first book - and is a great way to conclude the overall story.   There wasn't a dull moment so I can honestly say I enjoyed every minute.  I also really liked how it ended - but I am still holding out hope that we may get more!

Now, where is my copy of Girl Missing?

Wonderful review- I quite like the sound of YA thriller/mystery!

I completely agree. I read blood ties for the second time recently I couldnt put it down, finsihed in two days but now Im dying to know what happens next. I can't wait to buy the next book and I've been trying to find the first chapter online just to satisfy my crave for the story but no such luck. Girl missing is also one of my favourites, i really think sophie mckenzie has captured how to make a really thrilling book.