Why I Write For Young Adults (Prey Blog Tour) 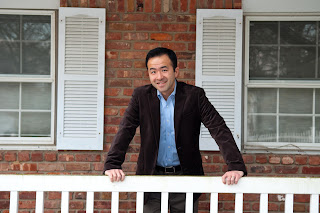 As part of the blog tour for The Prey, Andrew Fukuda's second book in his brilliant The Hunt Series, he has stopped buy to talk about why he writes for young adults...
---

Why (and a little of how) I write for young adults

It’s been said that there are generally two ways to write a YA novel: (1) voraciously read and learn the ropes of the YA genre, then pen a YA novel along specific subgenre conventions; or (2) write from the heart and be told (sometimes with wide-eyed disbelief) that you’ve written a YA novel.

There’s also a lesser-known third category, one which I’ll title (rather cumbersomely) the teens-make-for-great-protagonists category. Authors are always on the lookout for great protagonists, and teenagers typically come prepackaged with all kinds of awesomeness. I mean, think about the average teen. Filled with vulnerability and curiosity during a roller-coaster chapter of life, on a journey of self-identity and world-discovery while being assailed by hormones and peer pressure. That’s a topsy-turvy milieu. That’s horizons being discovered, that’s depths of the heart being plumbed. That’s grist for the mill. That’s a protagonist who sucks you in. 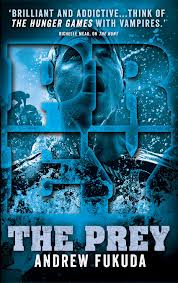 Of course, writing with a teenage protagonist is not always easy. Most YA authors are many years (if not decades!) removed from adolescence. To get the voice, the outlook, the persona of teenagers, right (and to avoid trying too hard) you need to reach deep into the memory banks. And because memory lane is not always pleasant, this journey back in time can be painful.

My adolescence was the best of times, it was the worst of times (Dickens was writing about high school, right?). Like most, my teenage years swung like a pendulum between the extremes of self-discovery and self-forfeiture, the latter of which happened whenever I was peer-squeezed into one of those false molds bandied about. Over the past couple of years as I’ve worked on The Hunt series, I’ve had to dredge up some pretty painful high school memories. But in the end I think it helped to flesh out Gene. He is, after all, the epitome of teenage angst – wanting to fit in and be accepted, to find his place even in a world wrought with uncertainty and rejection. By digging deep into my memories, I was able to flesh out a more layered and conflicted protagonist, and brought a level of authenticity to his world.

So why do I write young adult novels? In short, because young adults make for such fascinating protagonists. And the journey backwards and inwards makes the writing process ultimately worthwhile for the author as well, one which Socrates would approve. The life examined…
---
Thanks Andrew!

You can read my review for the first book in the series here.