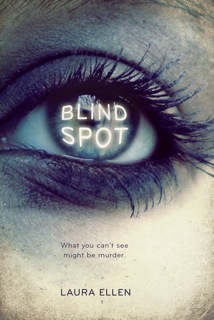 From Goodreads: There’s none so blind as they that won’t see.


Seventeen-year-old Tricia Farni’s body floated to the surface of Alaska’s Birch River six months after the night she disappeared. The night Roz Hart had a fight with her. The night Roz can’t remember. Roz, who struggles with macular degeneration, is used to assembling fragments to make sense of the world around her. But this time it’s her memory that needs piecing together—to clear her name . . . to find a murderer. This unflinchingly emotional novel is written in the powerful first-person voice of a legally blind teen who just wants to be like everyone else.

I'm really liking the sound of this one! Plus I adore the cover.

Email ThisBlogThis!Share to TwitterShare to FacebookShare to Pinterest
Labels: Blind Spot, I want to read that..., Laura Ellen

I really like the sound of this one as well, although I might wait for a few reviews before (pre-)ordering a copy. :)