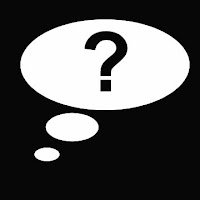 I am starting to believe I've been spoiled by series.  I now read a standalone novel and I want more.  It's not enough - even when the story is perfectly crafted and wrapped up at the end, I want to revisit the characters.  I want the world that's been created to continue.

As much as I love them I know some people are fed up with books constantly being part of a series.  I think that may be in part to do with the dreaded cliffhanger (don't get me started on cliffhangers!)  but I also think that sometimes the book doesn't always work in it's own right, instead it becomes one part of a larger story. Not that this is bad - there are many books that I absolutely love that follow this format -  but it does mean they work better when you can actually read all the books.  And you have to read all the books in order for the story to reach a conclusion.

Then, of course, there are some series where it can feel as if the story is being dragged out unnecessarily so that it can continue when it would work much better if the story was wrapped up and a new one started instead, or just finished altogether.  It can be a shame because it can make you think less of the previous books in the series when you once loved them to death!  This happens more to me with TV series but I'm sure it happens with books too.

So I guess the series that really work for me are ones that have a great story of their own, but also continue an arc of a story that runs across the whole series.  Think Vampire Academy or Harry Potter (and many others I can't think of right this second!)

Companion novels on the other hand are kind of the best of both worlds.  You get to revisit characters that you've grown to love but you are getting the story from a whole new perspective.  And you are not just rehashing the same things all over again.   I think companion novels are great for romance books - Stephanie Perkin's books are a great example of this working brilliantly.  I was really excited to catch up with St Clair and Anna but I also fell completely in love with Lola and Cricket.

So what do you think?  Do you still love series fiction and get excited about being able to catch up with the characters.  Or does it just fill you with a sense of dread?  Would you prefer a companion novel so that the perspective of the story changes?  And what about those seemingly rare standalone novels?  Do they satisfy you now, or are you like me and wish for a continuation somehow?
Posted by I Want To Read That at 06:00

I love series because sometimes just that little story on the characters isn't enough.... But, I believe I'm becoming burnt out on them. Especially since I'm one of those people who typically has "Second story sydrome," where it takes alot for me to enjoy the second book in a series. But I do have a new found love for companion novels. Such as your example of Perkin's books. I loved finding out more about Anna and St. Clair and I loved how Perkins was able to tell us more about them without them being the center of the story.

I like series books like you do when each story within the series is self contained but continyes an overall arc. There's nothing worse than picking up a book to realise when you have it at home that it's book 3 in a series and that it relies on the earlier books to be able to follow it.

I think I was spoiled by reading so many series too, but in a different way. I'm now wary of reading books that are the first in a series, since I feel like I'm committing to reading further books, often at yearly intervals. I've read some *amazing* series books, but occasionally I suspect that what would have made a great standalone novel has been cynically dragged out for financial reasons. Not every story *needs* to be a trilogy!

That said, I really like companion novels. I like the little cameos you get from familiar characters, or a sense that the story takes place in a familiar world - like in Sarah Dessen's books. I also like it when an author subsequently decides to revisit characters from a standalone title, with a whole new story - like Luisa Plaja's Split By A Kiss and Swapped By A Kiss.

Ultimately, there are some series that I rate among my very favourite books. However, I tend to opt for standalone titles as impulse purchases, and will only start a new series if I'm really convinced I'm going to love it.

I love stand alones but I also love series. I think it depends on my mood.

Some of my favourite book are series'/part of series, but I don't think you can beat a good standalone novel.