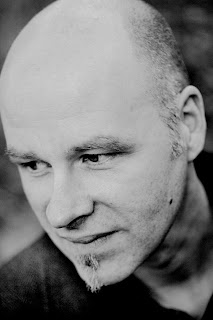 As part of the blog tour for the release of his novel Arcadia Awakens, Kai Meyer kindly took the time to answer some questions....

What inspired the idea for Arcadia Awakens?

My love for Italy and – maybe even more – for Italian movies from the Sixties and Seventies. Thy don´t make them like they used to, but I always thought they had a very peculiar atmosphere, resulting from the combination of Italian characters, the ancient landscape and, of course, the Mediterranean Sea. I set out to combine all of this with monsters ...

I found Rosa to be a compelling character - a wonderful combination of strength and vulnerability. How did you set about creating her character and did she evolve as the novel progressed?

Thank you! She evolves a lot all through the three novels. Rosa will be a very different character at the end of ARCADIA FALLS, which is the final book (coming out in Britain in 2013, I guess). There is a certain responsibility that comes with being capo – which she hates - and her love story with Alessandro will be on another level. She will discover some truly dark things about herself and how all of that is rooted in her family´s history.
Regarding how I created her – Rosa arrived on page one as a fully formed character, which has never happened to me before. Usually it´s a lot of work and I have to get to know them at least for the first few chapters. But Rosa came just out of nowhere. It sounds like one of those writer clichés, but that´s the way it happened.

And I loved Alessandro! Was he an easy character to write?

He was in the first book. But he becomes darker and more complicated especially in the third novel, ARCADIA FALLS, which was a lot of fun to write. Rosa hates all the Mafia stuff she has to get used to, but Alessandro actually embraces a lot of that. They are both criminals, I guess, but he is much worse than Rosa in certain regards.

Did you need to do a lot of research for the novel - both in terms of Sicily and its history but also in terms of the story's roots in ancient mythology?

The mythology part came to me quite easy, because I have always worked a lot with myths and legends. But I had to read a lot of literature about the Mafia and it´s history – all non-fiction. I still haven´t read "The Godfather“ ... And, of course, I went to Sicily and travelled all over the island. Palazzo Alcantara is located at the very spot where I was staying in a nice agricultural hotel and had some lovely dinners ... 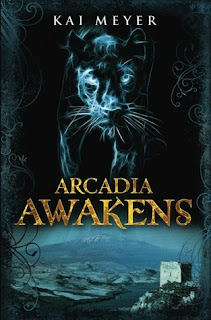 I understand Arcadia Awakens is the first in a planned trilogy. Can you give us any hints for what's next in store?

Rosa goes to New York for a few chapters at the beginning of ARCADIA BURNS, but afterwards the rest of the book two and three is more or less set in Sicily with a few short journeys to Sintra, Portugal. The second book is about Rosa´s and Alessandro´s rise to power in the Cosa Nostra hierarchy, while the third one ... well, it´s called ARCADIA FALLS, which is not to subtle a hint, I guess.

Have you always wanted to be a writer?

A storyteller. With fifteen I wanted to become a comic book artist, with nineteen a film director or screenwriter. Later on I wrote a few movies for German television, but that was when I was already established as a novelist. And when I look at our local movie industry right now I couldn´t be happier that I never got too involved with it.

What is you favourite aspect of writing? And the most challenging?

There are two kinds of writers: those who love to write and those who love to have written. I´m eighty percent part of the latter group. Even after fifty published books I still get excited about having finished another one and receiving the first copy. While I write I curse a lot and pity myself – but obviously I couldn´t do it if it wouldn´t be the only thing I really want to do with my life.

Do you have a typical writing day? And are there any 'must haves' you need before you can sit down to write?

Lots of coffee. A walk with the dog. Both quite early in the morning – I get up at 5:45 am. Usually at eight or eight thirty I´m with my laptop somewhere in the house – could be in my study, the library, the dining room or the garden – and revise the pages I wrote the day before. That can take one or two hours. Afterwards I try to write ten manuscript pages (probably around eight pages in the printed book). I work Monday to Friday only, more or less disciplined. Never on weekends - that´s when I do interviews like this one.
---
Thanks Kai!

The next stop on the tour is at Blogger Heart Books tomorrow.

Thanks to the lovely team at Templar I have one copy of Arcadia Awakens to giveaway.  The giveaway is open to UK entrants only and the closing date is 26 March 2012.  Just fill in the form below - good luck:)
This giveaway is now closed.
Posted by I Want To Read That at 06:00

I love the sound of Arcadia Awakens! Great interview Sammee :-)