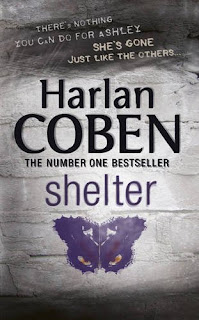 From Goodreads: Mickey Bolitar’s year can’t get much worse. After witnessing his father’s death and sending his mom to rehab, he’s forced to live with his estranged Uncle Myron and switch high schools.

A new school comes with new friends and new enemies, and lucky for Mickey, it also comes with a great new girlfriend, Ashley. For awhile, it seems like Mickey’s train-wreck of a life is finally improving — until Ashley vanishes without a trace. Unwilling to let another person walk out of his life, Mickey follows Ashley’s trail into a seedy underworld that reveals that this seemingly sweet, shy girl isn’t who she claimed to be. And neither was Mickey’s father. Soon, Mickey learns about a conspiracy so shocking that it makes high school drama seem like a luxury – and leaves him questioning everything about the life he thought he knew.

First introduced to readers in Harlan Coben’s latest adult novel, Live Wire, Mickey Bolitar is as quick-witted and clever as his Uncle Myron, and eager to go to any length to save the people he cares about. With this new series, Coben introduces an entirely new generation of fans to the masterful plotting and wry humor that have made him an award-winning, internationally bestselling, and beloved author.

Being a big fan of Harlan Coben's adult novels I was super excited to hear he was writing a YA novel. So when I realised it was going to be set in the same world as his Myron Bolitar novels I practically keeled over in excitement. I was desperate to get my hands on a copy, so when a friend offered me the chance to read an advance copy I (obviously) accepted and ran home to read it. And I can honestly say it lived up to all my expectations and then more!

First off, you don't have to have read Harlan Coben's other novels to understand this one. It works as an excellent introduction to the world. But on the other hand, the other books are seriously good so I would recommend giving them a try.

Mickey Bolitar is such a fantastic character. Written with humour he is incredibly likeable as our lead. I also loved the kooky friends, especially Ema. And of course I loved Myron - I'm hoping him and Mickey develop a really good relationship over the course of the series.

The story was exciting - I didn't want to stop reading! And the ending means I'm now dying to read the next book in the series. I've been waiting for a series like this - one that takes everything I enjoy about adult crime thrillers and gives it a YA spin. I loved it!

This won't mean anything to those of you not familiar with the Myron Bolitar books but I was hoping for a cameo from Win - so I was a little disappointed that wasn't the case. I know his absence was explained in Live Wire but I'll still keep hoping that he will turn up in this series because he's one of my favourite characters!

But I'm digressing - this is a great start to what I'm convinced will be a brilliant series. As soon as it's listed I'll be ordering the next one! Fantastic - I really loved it!