This week I purchased: 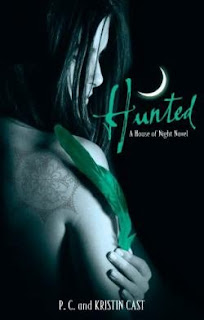 From Amazon: 'The door closed with a sickening thud of finality, shutting my friends out and leaving me alone with my enemy, a fallen angel, and the monstrous bird creature his ancient lust had created. Then I did something I'd only done twice before in my life. I fainted.' It's all happening, though Zoey Redbird wishes it wasn't. She has her friends back, which is great. But a dark angel has taken over the House of Night, supported by High Priestess Neferet. Not so great. This leaves Zoey hiding out with the (supposedly friendly) red fledglings in Tulsa's prohibition-era tunnels. The not greatness continues. Zoey has some boy-thoughts to distract her, with a chance to make-up with super-hot-ex Eric. But thoughts of the archer that died, semi-permanently, in her arms also keep distracting her. Then he shows up as Neferet's newest minion. Well, hell. Zoey and friends need a plan to put things right, soon, if she's to keep both head and heart intact. 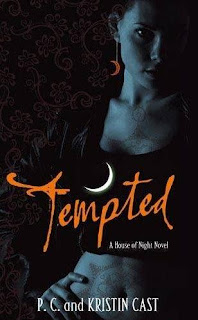 From Amazon: Zoey needs a break after some serious excitement. Sadly, the House of Night school for vampyres doesn't feature breaks on its curriculum - even for a High Priestess in training and her gang. Plus juggling three guys is no stress reliever, especially when one is a sexy Warrior so into protecting Zoey that he's sensing her emotions. Wider stresses lurk too, and the dark force in Tulsa's tunnels is spreading. Could Stevie Rae be responsible for more than a group of misfit fledglings? And Aphrodite's visions warn Zoey to stay away from the immortal Kalona and his dark allure - but they also show that only Zoey can stop him. She's not exactly keen to meet up, but if Zoey don't go to Kalona he'll exact a fiery vengeance on those closest to her. She just has to find the courage to do what's necessary, or everything that's important to her will be destroyed 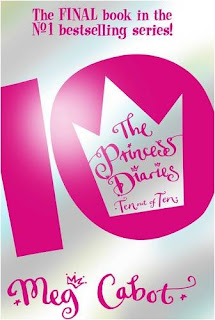 The Princess Diaries 10 by Meg Cabot

From Amazon: Mia is about to turn eighteen and has decided to put down her princess pen for good. This is your one and only chance to find out how it all ends – including the answers to hotter than hot questions like: Is the practically perfect J.P. the real love of Mia’s life? Will an election in Genovia mean the end of princessdom for Mia? Is she REALLY the last virgin at Albert Einstein High? And finally, crucially, will Michael Moscovitz return from Japan and make a last-minute romantic gesture just in time to save our heroine from making a VERY big mistake??? You have so got to read the book!

I've heard great things about all three of those so I hope you enjoy them!

oooh I love your loot - great stash this week!

If you'd like to see mine - its here: http://myflutteringheart.blogspot.com/2009/12/in-my-mailbox-5.html

Great books! I loved Ten out of Ten (and the whole Princess Diaries series)!

I haven't read any of those (not got that far in the HoN series yet), but hope you enjoy them all!

Well, I don't think I need to say how addicted I am to House of Night Nvels, do I? Enjoy!

Love the books you got. How fun are the books written by Meg Cabot? Lots!