Kiss and Break Up by Kate Kingsley (Headline, 1 April 2010)
From Amazon: Half term may be over but the chaos has just begun. Mr Logan has run off and eloped with Miss Sharkreve leaving the Lower Sixth with a new housemistress - the tyrannical, catty Mrs Dicks. And with the rules getting tighter at St Cecilia's the students are getting way more creative in finding ways to break them - especially as they're all feeling a bit frisky.

Tally, broken hearted and on the rebound, sets her sights on safe bet Rando, while Alice and Tristan decide to take their relationship to the next level. Things between Dylan and Jasper are seriously heating up - could she finally have found a guy who won't disappoint her?

As tensions reach an explosive high, a pool party at Rando's country estate should be just the thing to cool everyone down. Or will it push the temperature up a notch? 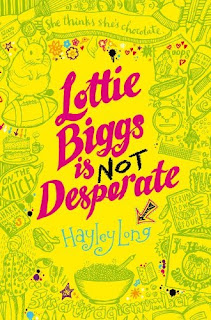 Lottie Biggs Not Desperate by Hayley Long (Macmillan, 7 May 2010)
From Amazon: Lottie Biggs is recovering from her mental disorder of a reasonably significant nature with the help of her counsellor, who rather helpfully looks like Johnny Depp. Things are looking up - her hair is an excellent shade of black, she has a Saturday job in a hairdresser and Gareth Stingecombe and his manly thighs are still the love of her life. When Gareth undoes his trousers to show Lottie a fetching bruise on one of the aforementioned thighs, she comes to the realisation that, unlike everyone else she knows, she is A TOTAL UTTER VIRGIN. But how can she get any sort of experience when her boyfriend is doggedly, stubbornly and infuriatingly determined to preserve his energies for the rugby field? 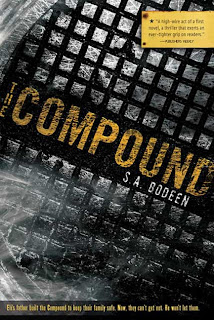 The Compound by S A Bodeen (I had to get this after reading a review by Lauren @ I was a teenage book geek! Sounds Ace!)
From Amazon: Eli and his family have lived in the underground Compound for six years. The world they knew is gone, and they’ve become accustomed to their new life. Accustomed, but not happy. No amount of luxury can stifle the dull routine of living in the same place, with only his two sisters, only his father and mother, doing the same thing day after day after day. As problems with their carefully planned existence threaten to destroy their sanctuary—and their sanity—Eli can’t help but wonder if he’d rather take his chances outside. Eli’s father built the Compound to keep them safe. But are they safe—really? 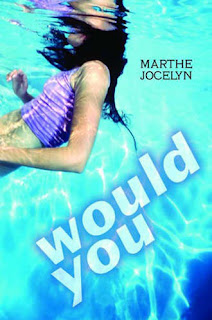 Would You by Marthe Jocelyn
From Goodreads: Would you rather know what’s going to happen or not know?
A summer night. A Saturday. For Natalie’s amazing older sister, Claire, this summer is fantastic, because she’s zooming off to college in the fall. For Natalie, it’s a fun summer with her friends; nothing special. When Claire is hit by a car, the world changes in a heartbeat. Over the next four days, moment by moment, Natalie, her parents, and their friends wait to learn if Claire will ever recover. 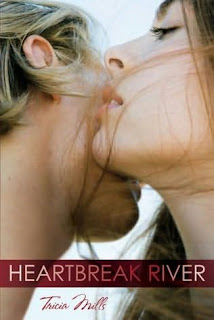 Heartbreak River by Tricia Mills
From Amazon: Alex thought she’d be spending the summer focused on her family’s rafting business, burying the memories of her father’s death last year, and leaving behind all the messes she made in its wake.

But when Sean returns to town, she is forced to reckon with her mixed-up crushy feelings for him—more powerful than ever before. It takes another tragedy to make Alex realize Sean has loved her, and forgiven her, all along. 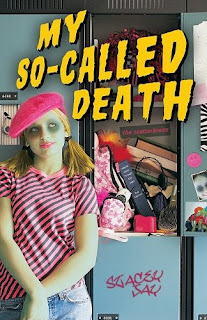 My So Called Death by Stacey Jay
From Goodreads: All in all it was a good day to die. If there really is such a thing.

You hear characters in movies say that all the time, but does anyone really believe the words “good” and “die” belong in the same sentence?

Still, it could have been worse. It could have been dark and spooky night instead of a beautiful Georgia morning in late October, with a light wind whipping across the Peachtree High School football field, making zombies seem like the last thing anyone needed to worry about…

Fifteen-year-old freshman, Karen Vera, is well on her way to ruling her school when a freak cheer leading accident turns her into, well, a freak. Much to her Horror and Dismay, Karen learns she is a genetic mutation, one of the Death Challenged--a politically correct term for a zombie!

Now she has to go to a top secret zombie school, eat brains for lunch, and take courses with names like "Secrets of Successful Morticians and their Uses for the Undead: Foundation and Beyond". And to make matters worse, her roommate is the most reviled girl at DEAD High, a complete head case, and maybe...a murderer.

Can Karen find out who's offing the nearly un-off-able Undead before she becomes the next victim? Can she convince the super-cute captain of the swim team that a girl can have a pathological love for pink and still carry on an intelligent conversation? Will she ever pass remedial Algebra for the Death Challenged? 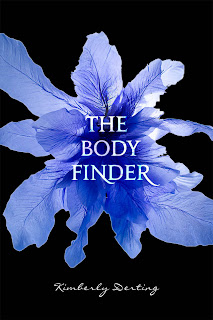 The Body Finder by Kimberly Derting
From Goodreads: "A serial killer on the loose. A girl with a morbid ability. And the boy who would never let anything happen to her.

Violet Ambrose can find the dead. Or at least, those who have been murdered. She can sense the echoes they leave behind... and the imprints they leave on their killers. As if that weren't enough to deal with during junior year, she also has a sudden, inexplicable, and consuming crush on her best friend since childhood, Jay Heaton.

Now a serial killer has begun terrorizing Violet's small town... and she realizes she might be the only person who can stop him." 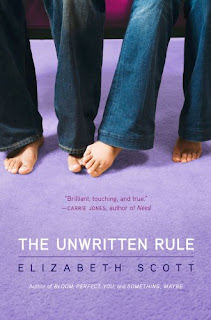 The Unwritten Rule by Elizabeth Scott
From Goodreads: Everyone knows the unwritten rule: You don't like your best friend's boyfriend. 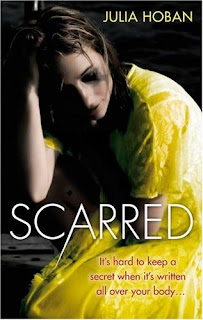 Scarred by Julia Hoban (I have already read this and it is just AMAZING!)
From Amazon: Seven months ago on a rainy March night, Willow's parents drank too much wine at dinner and asked her to drive them home. But they never made it - Willow lost control of the car, and both of her parents were killed. Now seventeen, Willow is living with her older brother, who can barely speak to her. She has left behind her old home, friends, and school. But Willow has found a way to survive, to numb the new reality of her life: She is secretly cutting herself. And then she meets Guy, a boy as sensitive and complicated as she is. When Guy discovers Willow's secret, he pulls her out of the solitary world she's created for herself, and into a difficult, intense, and potentially life-changing relationship.


I have no idea which to read first - I want to read them all - RIGHT NOW!

Yay, great week! I'm reading The Unwritten Rule at the moment, and it's classic Elizabeth Scott. Hope you enjoy it! (and all your other books too!)

Awesome week!! Yay for you! I got The compund too, I'm reading it now and it is indeed ace. Happy reading!

Woah you got some awesome awesome books this week. I love Elizabeth Scott so can't wait to see what you think of The Unwritten Rule. And OMG how amazing does Heartbreak River sound?? I just added that bad boy to my wish list, thanks!

Oh some great books. I really want to get Scarred and The Body Finder!

Great selection this week - I really want to read My So-Called Death & The Body Finder so I'll keep an eye out for your reviews.

Hope you have a great week!

Some great reads! Hope you enjoy them :D
Here's my books for this week

The first book has such a cute cover!! They all look great! Enjoy!

That's a fabulous week! I got some of the same review books, which look awesome, and I'm *so* excited that you got The Compound. I really hope you enjoy it as much as I did.

WOW, I love the Heartbreak River cover and the sound of Would You! Thanks for poiting them out! Happy reading!

Very good week! Love the books that you got, they all sound great and I have almost all of them on my tbr list. :P
Happy reading to you.

Really fantastic haul this week! You prize should be with you shortly. Really sorry for the delay :) Happy reading x

How did I miss Lauren's review of Compound?! I'm going to have to check it out.

Great books this week. I would start with The Body Finder but then I really can't wait to read it. Enjoy!

Great books! I loved The Compound, and I'm planning on buy The Body Finder today :)

Wow! So many great books this week! I really want to read Heartbreak River and The Body Finder. Hope you enjoy them all.

The first 2 have the cutest covers! Fab picks. Can't wait for the reviews :)

I hope that you enjoy your books. Happy Reading! Here's mymine