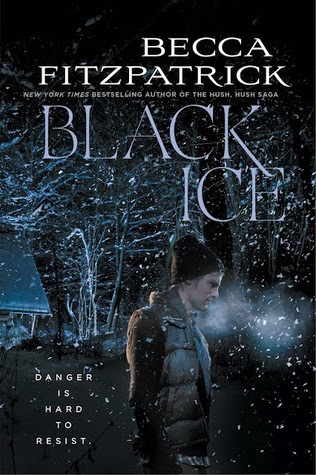 From Goodreads: Sometimes danger is hard to see... until it’s too late.

Britt Pfeiffer has trained to backpack the Teton Range, but she isn't prepared when her ex-boyfriend, who still haunts her every thought, wants to join her. Before Britt can explore her feelings for Calvin, an unexpected blizzard forces her to seek shelter in a remote cabin, accepting the hospitality of its two very handsome occupants—but these men are fugitives, and they take her hostage.

In exchange for her life, Britt agrees to guide the men off the mountain. As they set off, Britt knows she must stay alive long enough for Calvin to find her. The task is made even more complicated when Britt finds chilling evidence of a series of murders that have taken place there... and in uncovering this, she may become the killer’s next target.

But nothing is as it seems in the mountains, and everyone is keeping secrets, including Mason, one of her kidnappers. His kindness is confusing Britt. Is he an enemy? Or an ally?

BLACK ICE is New York Times bestselling author Becca Fitzpatrick’s riveting romantic thriller set against the treacherous backdrop of the mountains of Wyoming. Falling in love should never be this dangerous…

I really enjoyed this one.  I read it in one sitting and couldn't wait to find out what happens.

Having recently read Dangerous Girls by Abigail Haas I've come to the realisation that I don't have to like the main characters to enjoy the story.  Which is a good thing as I started Black Ice pretty much hating all the characters!  Britt was just a tad too spoiled and entitled, her best friend Korbie was seriously annoying and I disliked Calvin from the get-go.  However, I did like Mason the first time we met him (his introduction made me laugh!  I was so sure Britt was going to get caught out) and Britt completely grew on me as the story progressed.  I love stories that have a personal journey for the main character and I really enjoyed reading about how she was so reliant on everyone else and suddenly she'd in a situation where she not only has to fend for herself but actually save herself.

I really like Becca Fitzpatrick's writing style - just like her Hush Hush series it kept me completely gripped.  I did find some aspects of the story a bit predictable - or at least I thought I did but then I doubted myself quite a few times - but I loved how it all unfolds.  Did some of Britt's decisions annoy me?  Hell yes!  But that was part of what kept me entertained.

I also like how this one ended.  I don't want to say too much but I did really like it.  I'm looking forward to reading whatever Becca FItzpatrick writes next.

WOW - I was just browsing through & stumbled upon your lovely blog - It looks gorgeous and it has interesting posts that I can relate to! I have to check out these new reads now - I'm now following you via gfc, Hope you check out my blog? keep in touch love x

I had heard very mixed reviews on this novel, but after reading your review I decided to go out and grab a copy. I'm only 50 pages in and I'm really enjoying it. Thanks for the review.
Emma
The Blogging Plot
x

I have to like the characters in a book I read (or at least sort of like), so it is good to know that Britt gets better!
Thanks for the review, I might check this one out after all...So many mixed reviews!

Sounds like a good book, not usually my reading style but I think I'll give it a go! Also, I've nominate you for the 'Versatile Blogger Award' - check out the details on my blog!

sounds good, I might give it a try. thanks for the review! btw I followed you on bloglovin :)