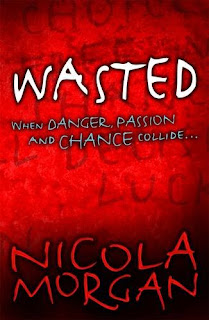 Wasted by Nicola Morgan (Walker Books: Published 3 May 2010)
From Amazon: Jack worships luck and decides his actions by the flip of a coin. No risk is too great if the coin demands it. Luck brings him Jess, a beautiful singer who will change his life. But Jack’s luck is running out, and soon the stakes are high. As chance and choice unravel, the risks of Jack’s game become terrifyingly clear. An evening of heady recklessness, and suddenly a life hangs in the balance, decided by the toss of a coin. In the end, it is the reader who must choose whether to spin that coin and determine: life or death. 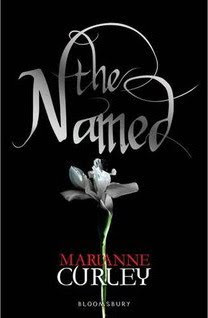 The Named by Marianne Curley (Bloomsbury - available now)
From Amazon: Imagine if you were able to change history. By altering one tiny thing you could start a chain of catastrophic events. Ethan is one of the Named, fated to stop this ever happening, although the forces of chaos have other ideas and Ethan is finding it more and more difficult to stay one step ahead. He is also a normal schoolboy, whose life is rapidly becoming far too confusing. So when Isabel arrives on the scene she is only going to make matters worse or is she? This is history in the making - literally. 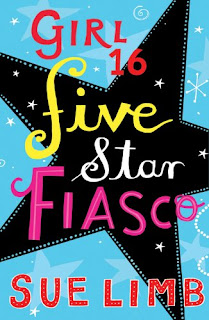 Girl, 16: Five Star Fiasco by Sue Limb (Bloomsbury: Published 7 June)
From Amazon: The teenage world of Jess Jordon is looking characteristically chaotic: Mum has joined an online dating programme and has recruited Jess as advisor, while Jess' best friend Flora has a rich new boyfriend who Jess can't possibly keep up with. Then Jess' own boyfriend, Fred, does something unbelievably treacherous and spineless. Jess is becoming completely fed up with the male sex, and is beginning to think that the only reliable form of male is e-mail ...Never mind, there's Valentine's Day to look forward to. Fred is sure to make amends then. Isn't he? Full of Sue Limb's very funny take on teenage life and problems, fans of "Girl, 15" will be thrilled to have available a new Fred and Jess story. It's only when you've stopped laughing that you realise that, in addition to writing with wit and warmth, Sue Limb has also dealt effortlessly with bigger and important themes of friendship and loyalty. 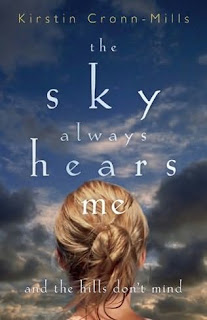 The Sky Always Hears Me: And the Hills Don't Mind by Kirstin Cronn-Mills
From Goodreads: I borrow the car again from Grandma and drive out to my hill. I scream I AM A BIG FAT ZERO, plus I AM SWEARING OFF KISSING FOREVER, and I HATE BEING A SECRET SEX FIEND, about sixteen times each. Then I sit very still and watch a hawk swirl over the fields. I have to get a new life before I go crazy.

Sixteen-year-old Morgan lives in a hick town. Her mom was killed in a car accident when she was two, her dad drinks, and her stepmom is a non-entity. Her boyfriend Derek is boring and she can't stop staring at her coworker Rob's cute butt. Then there's the kiss she shared with her neighbor Tessa . . . But when Morgan discovers a devastating secret about the one person she completely trusted, her entire world crashes and she must redefine her life and herself.

Compelling and complex, The Sky Always Hears Me is a fast-paced narrative with raw humor and a heart-wrenching twist. 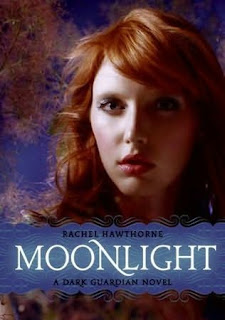 Moonlight by Rachel Hawthorne
From Goodreads: I see him and know what this turmoil inside of me means: He's the one. My forever.
kayla is the nature lover, the all-American beauty who can't understand why she's so drawn to distant, brooding Lucas. Adopted as a young child, she has no way of knowing that she's inherited a terrifying—and thrilling—gene that will change her life forever.

lucas is dangerous, gorgeous...and a werewolf. As leader of the Dark Guardians, shape-shifters who gather deep within the state park, he has sworn to protect his pack. But when Lucas finds his true soul mate, his love could put them all in harm's way.

As Lucas and Kayla struggle with their feelings for each other, a greater danger lurks: Humans have discovered the Dark Guardians and are planning their destruction. Kayla must choose between the life she knows and the love she feels certain is her destiny. 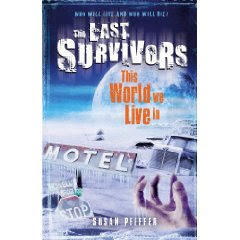 This World We Live In by Susan Pfeffer
From Waterstones.com: It's been a year since a meteor collided with the moon, catastrophically altering the Earth's climate. For Miranda Evans life as she knew it no longer exists. Her friends and neighbours are dead, the landscape is frozen and food is increasingly scarce. Miranda and her family are on the edge. And then a small party of surviors arrives on their doorstep, threatening to stretch supplies to dangerous limits. Alex Morales is amongst them, and he and Miranda must put aside their differences in order to fight for food - with all of the odds against them... 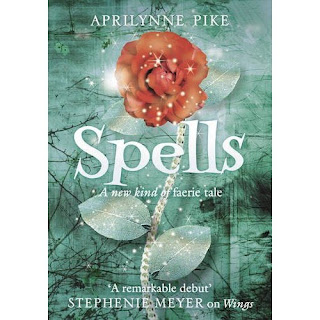 Spells by Aprilynne Pike
From Goodreads: Six months have passed since Laurel saved the gateway to the faerie realm of Avalon. Now she must spend her summer there, honing her skills as a Fall faerie. But her human family and friends are still in mortal danger--and the gateway to Avalon is more compromised than ever.

When it comes time to protect those she loves, will she depend on David, her human boyfriend, for help? Or will she turn to Tamani, the electrifying faerie with whom her connection is undeniable?

You got some fab books this week!!! I'm not too sure about the Spells cover, but maybe thats because I wasn't a fan of Wings. I've heard so many good things about The Sky Always Hears Me, so I hope you really enjoy it!

I hope you enjoy Girl 16 - I've read one Sue Limb books and it was hilarious! Also, the Named is ace :)

You already know my thoughts on The Sky Always Hears Me (yay!) and I can't wait to see what you think. Top week - enjoy! :)

Great selection this week, I've not read any of these so I'll keep an eye out for your reviews to help me decide what needs to go on my wishlist LOL. I've been curious about The Last Survivors series for ages now. Hope you have a great week

Great books! I'm looking forward to Wasted...it sounds sooo good! And I have The Named and Girl, 16 too which both look really good.

Awesome books! I LOVED The Sky Always Hears Me: And the Hills Don't Mind so I hope you do too! Also Wasted sounds great; I'll have to add it to my wishlist. Happy reading!

Awesome books! The Sky Always Hears me looks SO AWESOME!

And I love the cover of Spells!

That's a fantastic selection. I really want to read The Sky Always Hears Me, and I very nearly bought This World We Live In this week but made myself put it down for now because my TBR is growing. Really not impressed with the new cover style though. Hope you enjoy all those. :)

I want Spells and This World We Live In so bad! Hope you enjoy your books!

You got some fantastic books this week! I've been dying to read This World We Live In For ages (but I'd rather buy the US edition, the cover is much better I think than the UK one. Spells and The Sky Always Hears Me look fantastic too. I hope you enjoy them!

I hope you have an awesome Sunday!
Laura from the Bookie Bunch ;D

i want to read spells too!! enjoy!

Wow you have some great reading ahead of you, and I'm looking forward to the reviews! :)